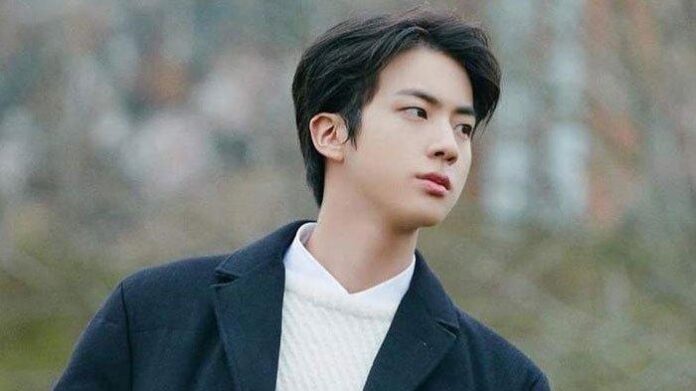 BTS is in the middle of a break from their activities after FESTA 2020 and their online concert, although they continue with the preparations for their next comeback. This weekend, Jin made a personal commitment and attended a wedding with his family. We tell you the details.

Various images of Jin circulate on social networks in a marriage ceremony. Although idols constantly have an agenda to fulfill, they also find time to spend time with friends and family to enjoy life’s most important moments.

According to the information circulating, Jin was one of the great guests at his friend’s wedding, with whom he seems to have more than 10 years of friendship, so he could not miss this event, and was also chosen as the host of the Party, a custom that Koreans have at weddings.

Jin was in charge of directing the ceremony, in addition to his relationship with the groom, his celebrity status allowed him to address those present to congratulate the couple and liven up the program of the event, something like a graduation in which they appear dance numbers, speeches, among others.

Omg this is from someone who attended the wedding, they said Jin is handsome enough they wonder if a real person can look like that? It wasn’t filmed but he was amazing – he’s so funny and witty that no one could get bored. It was the 1st time op stayed until the end @ a wedding+ https://t.co/dXrSjCavpR

The tradition in Korea is that the party is for less than 100 people, not like here, that you invite family, friends and people you don’t know much, so Jin really is someone close to the boyfriend and had the honor of being his MC .

ARMY shared photos and videos of Jin on social media, without invading his privacy, since the event is public, they can attend the media and take photos of the place.

jin being mc at his friend's wedding is the most jin thing ever pic.twitter.com/yT8FqSLsIy

Seokjin is not only a great host, he also lives up to his nickname WorlWide Handsome, as he was recently recognized as the man with the most perfect face in the world thanks to the measurements of his features, I don’t say it, science says it.