Home Celebrity JIN BECOME THE MOST GUAPOUS MAN OF 2019, ACCORDING TO THIS CONTEST 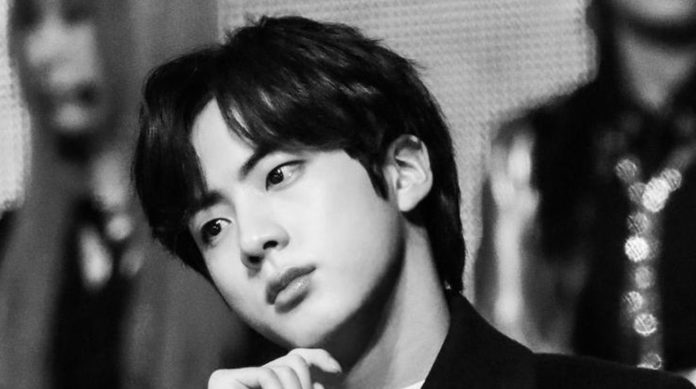 Jin, Jinnie … the idol who has taken the title of “The Most Handsome Man in the World 2019”, and the reality is that we do not judge them, because to tell the truth, the idol owns the sighs of many people, and not only of his ARMY, because we believe that anyone who sees that face would fall into the networks of his charms.

It was through the popular K-pop voting website, King Choice that released the results of the survey, naming Jin as the winner of this competition. There were another 300 nominees, all characterized by their beautiful face.

There were 444,448 votes that the idol received from the audience, the second place was with a figure of 367,889, and was the American actor Ian Somerhalder, and V being in the third place with 243,986 votes, behind him was Chris Evans and Chris Hemsworth. Wow!

Within the survey, other members of BTS also entered, Jungkook took sixth place. Without a doubt, the Bangtan boys have not only stood out for their enormous talent on the stage, but also for catching our looks with their physique.

Jin has had an excellent birthday, so it is that, on the same day he has decided to celebrate it, he is announced as the most handsome man in the world. Omggg!

how many episodes will there be in the new season

The Witcher: the designer already has 7 seasons in mind for...