Home Celebrity Jin already knows how to use his Instagram very well and BTS... 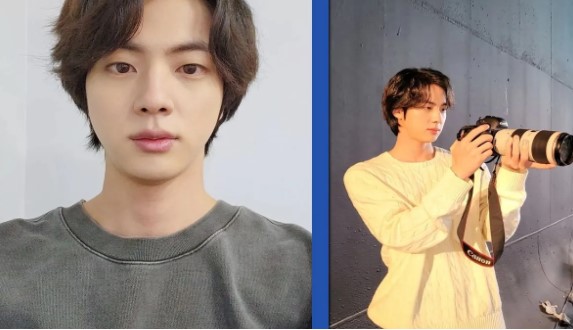 The members of BTS reacted with surprise when Seokjin updated his personal Instagram account again, so they did not hesitate to point out how much he has improved as an idol by using the app.

The personality of the members of BTS is also reflected in their Instagram accounts, each of them has shown their own style by sharing photos and interacting with fans on this social network, but also the idols have become familiar with the app to their own rhythm.

Some became experts from the start and even helped others to learn some of the most useful features of IG, but the learning never ends and in Jin’s case, he continues to show that he is becoming more and more proficient in posting techniques and skills. great photos.

Recently the interpreter of Abyss had his return to this social network of photos and videos, but now he gave a new surprise, not only for ARMY but for his groupmates.

JIN LEARN HOW TO TAG USERS IN HIS PHOTOS, BTS LET EVERYONE KNOW

Seokjin recently shared a new set of photos where he appears alongside J-Hope in a couple of selfies, the post garnering likes from K-Pop fans, but also some comments from the band members.

J-Hope was the first to react to the tag that Jin made of his user in the photo and immediately said:

Woah, our hyung knows how to tag

But RM also quickly came to point out that this is a new discovery for his partner:

Finally a label… legend (…) Hey, designate this day as an anniversary immediately

Read More: SEVENTEEN Succeeds With Face The Sun, Breaks Their Own Record

Still not following the BTS member on his Instagram account? Kim Seokjin’s username is exactly his stage name, simply ‘jin’ (with lowercase).

He currently has almost 35 million followers and among his list of followers are simply his groupmates and the band’s account.

Drama ‘The Red Sleeve’ Will Increase the Number of Episodes

Suga shares an important message on how to be happy