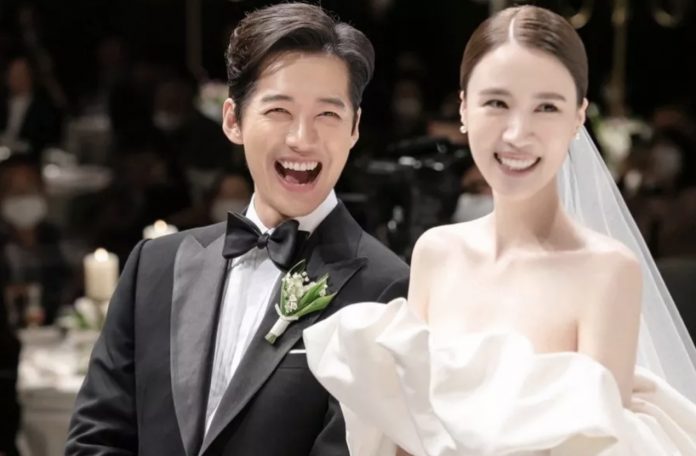 A few days after the wedding, Jin Ah Reum took to Instagram to share a couple of photos from their magnificent ceremony. In the caption she wrote: “Hello, this is model Jin Ah Reum. I sincerely thank everyone who congratulated, supported and helped [us]. We will be mature and beautiful and we will live happily.”

Namgoong Min and Jin Ah Reum first met as a director and actress in the 2015 film “Light My Fire”. The following year, they confirmed their relationship, and at the end of September, the couple announced their wedding.