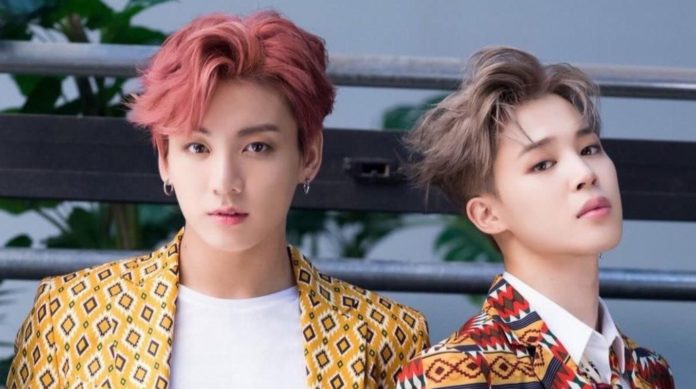 Jimin’s reaction when Jungkook gets nervous. The BTS boys showed their friendship with this funny joke to calm the nerves.

The boys of BTS have established themselves as great music stars, not only within the K-pop industry , but have also gained worldwide recognition and in front of a large number of great exponents of music, we could think that, Under those circumstances, they no longer face nervousness due to emotion , but even if they dominate the stage, some moments make them a little restless.

During a video clip we can see the boys waiting to go on stage and show all their talent, although almost all of them seem calm, Jungkook cannot stop moving from one side to the other. It was probably the adrenaline he was feeling before going up to introduce himself, but the idol’s hands moved quickly.

As Jungkook shook his hands to the rhythm of the music he began to approach Jimin , who like the rest was waiting for the right moment to go on stage, when the maknae was next to him, surprised him by tapping his fingers on his chin. from your partner.

Jimin turned to see him confused, but when he realized that he was only having fun, he threw a light blow to his leg, which was easily accessible because he was still sitting. Faced with such a gesture, none of them can avoid starting to laugh.

Tesla Model S and Model Y Comparison: Which is Better?