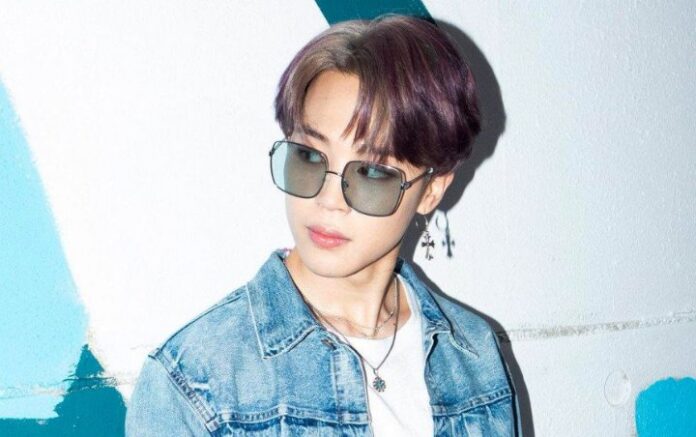 Jimin shared some photos in his new update on social networks and his fans are delighted. Nothing better than waking up with a notification from BTS’s social networks and discovering that it is about new photos of the members of this idol group. Jimin knows this and that is why he shared a couple of selfies on Bangtan’s Twitter account.

Regardless of the time that the ARMYs saw this update, the selcas that Park Jimin posted on Twitter became a source of joy for all his fans, who did not stop spreading the images and mentioning how good the idol looks, to Next we tell you what makes these photographs special.

In his new Twitter post, Jimin included two very special photos that, although taken continuously, captured two different angles of the idol. The first one is a mirror selfie where the BTS vocalist showed off his outfit, while the second is a normal selca photograph that allows us to better appreciate his face and the accessories that he is wearing.

Thus, we can see that Jimin wears blue flared jeans and a white shirt that from a distance appears to be completely smooth. Jimin added accessories such as oversized square-cut glasses, but also a black beret-style cap that contrasts perfectly with his light hair.

Jimin’s footwear matches the cap on his head, it is a pair of black shoes that the idol modeled in his photo in front of the mirror.

The second photograph, where we see it more closely, shows that the white shirt that Jimin wears is not completely smooth, as it has small black letters printed on the fabric. It is in this photo where we also notice the silver colored earrings in both ears of the K-Pop idol and the thin bracelets that rest on his wrist.

See Also
TXT's Beomgyu Reveals What He Admires Most About Jimin

To accompany this pair of selfies, Jimin did not include any message in his Twitter post, however, he added a smiley face emoji to greet his followers on this social network. Do you think the photos hide a special message?

BTS is currently making the final preparations for the release of a new song under the name Dynamite, a tune that will be released in a few days and will mark a new era for BTS.

The teasers that the company Big Hit Entertainment published for this release indicate that it is a song with retro style, so some fans considered Jimin’s selfies as a small spoiler to the image that this K-Pop idol will present in the the group’s upcoming comeback.

However, Jimin’s fashion style is always characterized by the diversity of garments that help him create fashionista looks but with his unique style reflected through clothing, so it could also be an outfit that the idol created just for fun.

It should be noted that the idol used a Samsung Galaxy S20 phone to capture these images of himself, a phone model that BTS is promoting inside and outside of South Korea, of which there is also a team specially designed for their fans.

Catch up on more updates from BTS and find out everything these famous idols have been up to lately and their plans for the future. Don’t miss any details.

Friends: this season could have been the last!