Home Celebrity Jimin stays true to himself in Proof of Inspiration 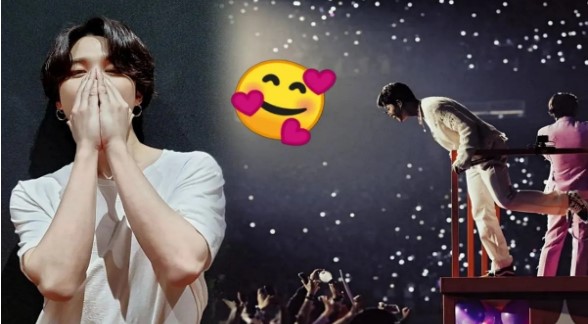 For their new album promotions, Bangtan Sonyeondan’s agency has started releasing a series of teaser videos called ‘Proof of Inspiration’, which contain words from each of the members towards ARMY. The most recent video is that of Jimin, where he explained what were the songs he chose for ‘Proof’ and what they have to do with him.

Jimin is the next member to drop his teaser video for Proof of Inspiration, promotional videos for BTS’s comeback album Proof. In said video, he mentions which songs he chose for the new album and how they relate to staying true to himself.

BTS fans are still excited for the new content that Big Hit Entertainment has shared about BTS’ comeback, which is getting closer. After V and Jin’s teasers, they want to know what the rest of the members will say to ARMY.

In Jimin’s case, the idol explains why he chose the songs Filter and Friends to be part of his new compilation album Proof. And how these songs have influenced his life, as well as the fandom and his bandmates.

Jimin’s new teaser video for Proof of Inspiration has been released, which includes scenes from Las Vegas and photos of each of the BTS members, as Jimin’s voice talks about the songs he chose for the comeback and how he feels about it. the group.

Jimin said that his songs chosen for the album are Filter and Friends. The singer confessed that he has always wanted to feel up to ARMY’s expectations and wants to show different sides of himself, not just the ones they already know, but even more. You still have many ‘colors’ left to share.

Similarly, in the video Jimin confessed that he could become a ‘colorless’ person if he had accommodated the ideas of the rest and not been true to himself. But it was thanks to his friends from BTS and ARMY, who were always there and reminded him of the essence of him that the idol stayed focused on who he is. You can see the video of him here:

WHEN IS BTS’ PROOF PREMIERE?

BTS’s Proof will be released on June 10 this year. It will be a compilation album that will contain a total of three different discs and on each disc they will include a new song never heard before. The pre-sale of the album is now available through the Weverse platform, have you put yours away yet?