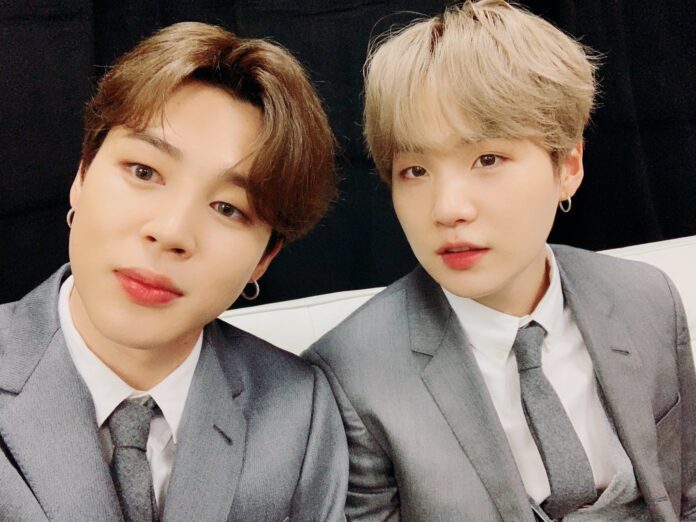 Jimin was inspired by Suga’s personality to make a very special drawing.

BTS is one of the most famous K-pop bands in the world, they have collaborated with many artists who have a long career, each of the albums they release become a phenomenon. The group of Big Hit shows that dreams come true.

But, alone, the boys also reveal their talents, such as RM, J-Hope and Suga, who have already released their mixtapes with great success, each of them perfectly reflecting their personalities within their albums.

The members of BTS on multiple occasions have talked that they are more than bandmates with a large family that supports each other no matter the situations they are going through, whether good or bad times are always willing to shake hands.

Jimin is a very sweet idol, constantly giving affection to his bandmates, on one occasion the ‘Lie’ singer wanted to give Suga a lot of encouragement, so he decided to show Suga’s skills on stage.

Park Jimin drew Agust D in front of a large audience that formed the word ‘Suga’ with heart signs, also added some elements such as incredible lights and reflectors that illuminated the rapper who by his silhouette would be singing one of his tracks.

In the description Jimin wrote: