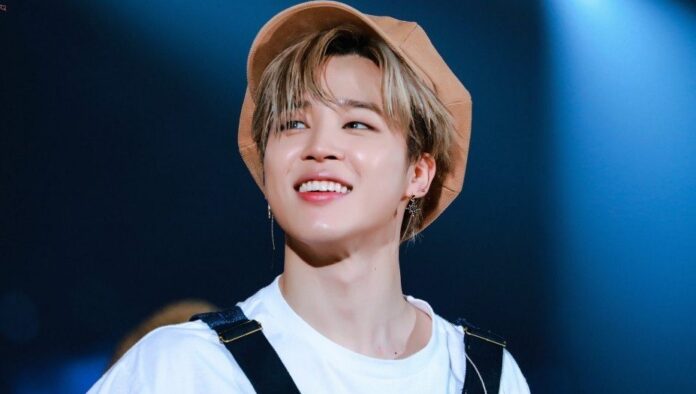 The photos of BTS always brighten the day of their fans, but Jimin gave him an extra by sharing images with some beautiful pets.

The idol shared a couple of photos on BTS’s Twitter account, where we see him accompanied by two large Golden Retrievers, while the three are resting on the ground.

Jimin took a moment out of his day to greet his followers on social media but also left them a nice message with his best wishes to remind them that he always thinks of them.

The BTS vocalist shared two photos where he wears black dress pants and a white shirt, from the articles that we see behind him, we can notice that the photos were taken during a filming, but the moment captured in these images shows the singer during a moment of rest.

In the first photo Jimin approaches one of the puppies, while both pets are lying on the ground in a relaxed way. In the second image, the idol poses while stroking the little animal next to him.

In addition, along with this post, he added the message ‘I hope you have a great time with your family’, possibly referring to the holiday that Korea had for Children’s Day on May 5.

See Also
Is Jimin married? This woman wants to be his wife

Black Lives Matter: missing ativist in the US and found dead