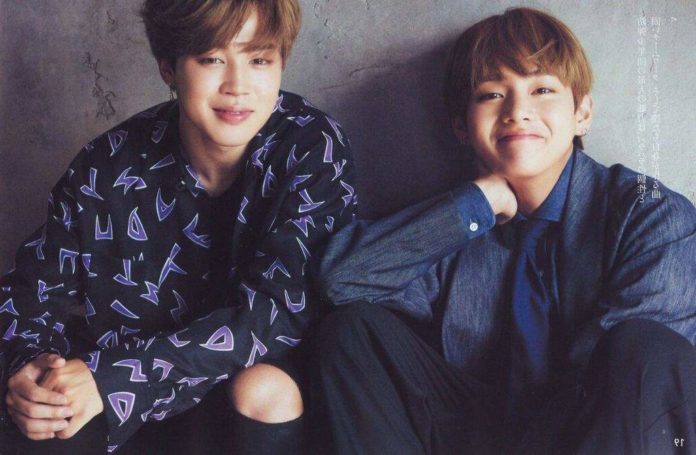 Jimin revealed the secret of his fights with Taehyung. These idols used to fight for simple things and now they laugh at it.

When BTS was on The Late Late Show , their carpool karaoke let us know some curiosities of these idols, although some of them left us even more intrigued by what was behind their confessions. One of them was the fact that Jimin and Taehyung were said to used to fight over food , although fans didn’t have much detail, they knew they had had an incident with dumplings. Now, during his most recent VLIVE, Jimin told the truth about this moment and, although he said that it is now something embarrassing to mention because it was not really important, at the time it seemed like a big problem for them.

It all started when the BTS guys were supposed to practice, however V said that since he was hungry they should go eat before the rehearsal, but Jimin thought that it was better to rehearse and then go to eat, as they continued to discuss which idea was better, the The rest of the group told them to go out and fix it. This did not happen because both were still upset, however, the boys in the group who were not involved in the discussion made them see that it was not so bad.

According to Jimin , it was difficult for them to just accept someone else’s opinion of theirs at the time, so they fought for simple things, but as friends they always ended up laughing at the situation later. Due to everything they have lived together and the bond between them, Jimin considers V to be his most beloved friend of the same age, therefore, he recognizes that when they recorded Friends, emotions took hold of him since he could only remember in the memories you have made together, especially since he was the first friend you had after moving to Seoul.

In addition, during this live broadcast, Jimin said that he dreams of continuing to work in the way he does now for a long time, fulfilling his activities as an idol, although due to the quarantine that is currently underway, the most fun activity he performs during these days it is eating. LOL!

BTS: These Could Be Next Plans After Finishing 2019 Tour