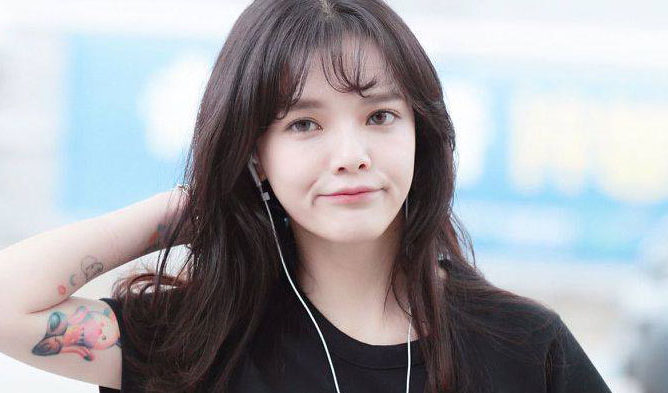 The rapper is gradually overcoming this difficult situation with the help of family and fans. The idol thus said goodbye to her greatest admirer.

On April 3 , the agency FNC Entertainment reported that the father of Jimin , a member of the girl group AOA , had died of sudden due to a cardiac arrest in hospital in Seongnam.

It was revealed that the funeral would be in Gyeonggi , South Korea province, with due precautions due to the global pandemic COVID-19, fans of the AOA and the rapper expressed their heartfelt condolences for the family through social networks. Jimin had a strong and close relationship with her dad .

Now, the rapper , has published through her Instagram account , a warm message for her father with a photo in which he is turning his back on the camera, on his shirt the phrase ‘another class of heroes’ is read and Jimin added the description :

“My dear father ♡ I will always be a daughter who will live up to my father’s expectations ! I love you dad . Thank you very much and everyone who has been with me.”

The post already has more than 44 thousand likes. ELVIS , fellow of the guild and the community that follows the career of the group leader, in comments she emphasized their support unconditional at this moment so difficult for which is going on .

See Also  How did V and Jimin meet? Thus began their friendship

Suga sings the soundtrack for the South Korean drama

Legends of Runeterra (LoR) gets release date for PC and mobile