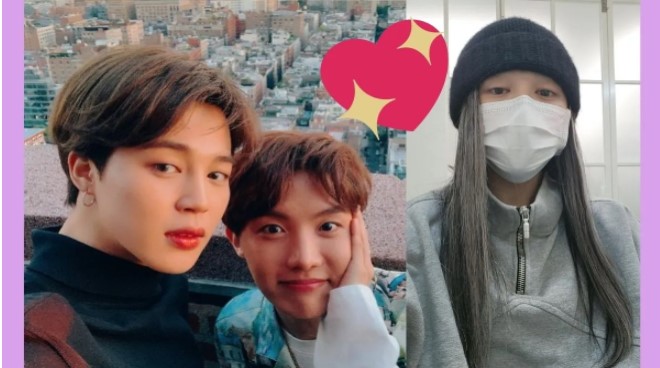 BTS’s Jimin does not stop impressing fans with his beauty and styles, now he has dazzled everyone with long hair thanks to gray and dark extensions, the result made the hearts of ARMY and J-Hope explode.

The members of BTS are on vacation, that does not separate them from their fans from all regions of the world, on the contrary, it has united them through their fun and interesting updates on social networks such as Twitter, Instagram and Weverse.

Jimin has left us lying on the floor and with a smile from ear to ear after she shared the process of changing her look with very long extensions, even J-Hope reacted to her new style.

In Weverse, Jimin made a series of posts where he showed off his new hair extensions, he chose the combination of black and gray hair, so now his hair color is bicolor, giving him a dreamy look. Soon after, he shared the result and explained:

I will show you the photos just before cutting the long hair extensions to the final length.

In addition to this, a selfie in the mirror where he appeared sitting showing his hair extensions, these were first pointed to the shoulders and then longer to give a more natural appearance.

Everyone commented on the star’s photos and someone who didn’t resist was BTS’s J-Hope, he wrote in the comments of the post.

Referring to the hairstyles that the members of the K-Pop band H.O.T used in the past, but not only did he send him that message, as he also commented:

Jimin’s selfies from BTS became popular on other social networks, where non-Weverse fans admired the idol’s great visual and bold style, talked about his excellent decision with the extensions, and hope to see the final result, will it be? very long or shorter hair?

ARMY! We have more news for you, you can’t leave without first seeing all the details of… Who is the boy in BTS’s RM photos? ARMY has theories. : 0

But are there any more feelings? Kanye West posted a photo...