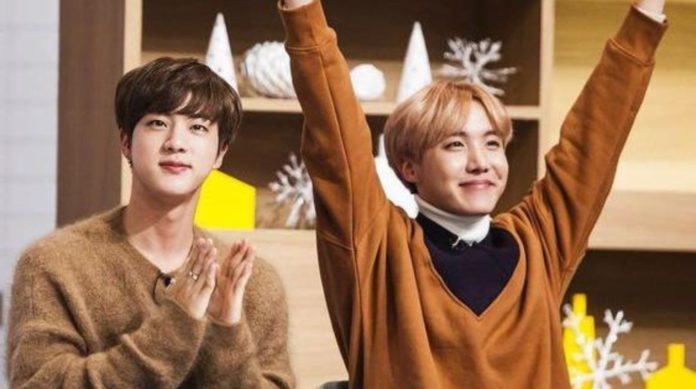 ARMY! Your best Christmas gift is here. There is no doubt that BTS boys have an impressive talent for learning new things and they always surprise us by demonstrating their skills. On several occasions, we have seen that idols say some words in other languages, such as in Spanish.

Now, Jin and J-Hope have shown that everything is possible and they arrived to fall in love singing a song in Spanish, are you ready to listen to it? <3

A few hours ago, the expected SBS Gayo Daejun 2019 was held, where the BTS boys made a special presentation. The boy band show was super cool because they split into pairs to perform different Christmas songs.

One of those momentary subunits was made up of Jin and J-Hope, who made a fun cover of ‘Feliz Navidad’, singing in Spanish. OMG! Later, Jungkook joined his presentation and sang alongside them.

Jin and J-Hope have surprised their fans by demonstrating that they are very good at singing in Spanish and possibly tried hard and practiced to achieve it. Congratulations!