Home News JIMIN GIVES A SURPRISE TO SARANG, THE GIRL WHO APPEARED IN BTS... 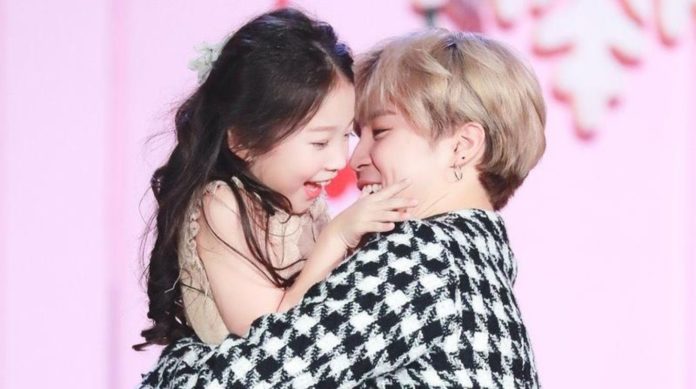 JIMIN GIVES A SURPRISE TO SARANG, THE GIRL WHO APPEARED IN BTS CHRISTMAS SHOW. Jiminnie fulfilled the promise he made to the tender Sarang, and she has documented it in a video found on her YouTube channel.

Sarang is the little girl who accompanied the BTS boys in their Christmas presentation at the SBS GAYO 2019. The seven members of the group were accompanied by the adorable presence of the girl, but without a doubt, between her and Jimin a great connection emerged .

After being part of the idols show, Sarang talked about what it was like for her to be with Tae, Jungkook, Jin, RM, Jimin, Suga and J-Hope, because he said it was one of the most wonderful things that they could have happened, being this event, a dream come true. AWWW!

Jimin and Sarang created a very special bond, such as that of an older brother with his younger sister. The idol promised him that he would be surprised, but that he should be aware, because it would not take long to arrive. <3_ <3

ChimChim did not forget what was promised and decided to send him a whole set of BT21 so that Sarang could return to classes with the necessary supplies to carry out his academic activities, and what better way to do it with style. YASSS!

The little star, unboxed through his YouTube channel in which he uncovered the box in which all the gifts came, however, some users of the platform have criticized Sarang’s attitude, because in one part it looks like pushes and hits his cat. Several people have pointed this out as bad behavior, and others believe they are being exaggerated.

What do you think of what Jimin did for Sarang?

McDonalds Will Not Use Its Name and Logo in New Ad...