Home Entertainment Jimin From BTS Sings and Speaks Spanish For ARMY, The Best of... 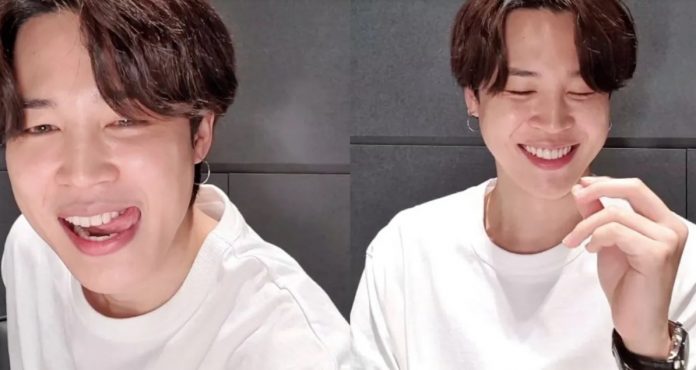 Jimin surprised ARMY today by doing a live broadcast on Vlive, the idol was sharing his time with his fans and gave us a lot of information, here we have everything that happened in case you missed it.

The Internet allows us to feel closer to our favorite idols, although the time difference and great distance between South Korea and our country seem very great, we can shorten it thanks to social networks; every time our favorite K-Pop band updates on Twitter, or Instagram makes our hearts happy.

And even better if you do a live broadcast, because we have the opportunity to be lucky and read some of our comments; Jimin of BTS today had the idea to spend some time with ARMY and decided contectarse with all his fans through VLive, platform streaming more use idols.

Did you miss their live? No matter, here we bring you the best moments so you know everything that happened or if you could see, so you can relive everything he said Mochi and the time you shared with the idol of Bangtan Sonyeondan; he certainly had a lot of fun with his fandom.

Jimin, House of Cards and ON

During Jimin’s VLive, ARMY asked him about what song he would like to present if they could already do offline concerts, the idol replied that ‘House of Cards’ and ‘ON’ because he loves choreography, song, and performance; something you really want to show ARMY.

Jimin said, if they get to do an offline concert later he'd like to perform songs like House Of Cards and ON 😳 🎶 pic.twitter.com/xB5bY7kf82

Everyone needs a face-to-face Bangtan concert :(.

RM briefly appeared on Jimin’s broadcast just to say hello to ARMY and wish him a happy new year.

Jimin sang ‘Happy Birthday‘ to all the ARMYs who had their birthday today because he saw that in the comments, ARMY died of tenderness and now they can boast that their favorite idol congratulated them today.

Jimin and his company

Jimin painted cute little faces on his fingers that symbolized the other members since he doesn’t like to be home alone but no one else was: ‘(Aaaay, how cute, and by mistake, he almost showed the middle finger and he was very sorry, Awww!

ARMY adores Jimin more than anyone.

Jimin and the Spanish

It was time to say goodbye but Jimin does not forget that he has fans in all parts of the world and added a short phrase in Spanish before leaving.

Jimin’s little ‘I love you’ means a lot to ARMY from Spain and Latin America: ‘).

This was Jimin’s VLive, we hope you didn’t miss it and had fun with your favorite idol, the Bangtan Boys have been very active on this platform lately.