Home Entertainment Jimin Bites Jungkook As a Defense, What Happened Between The Idols 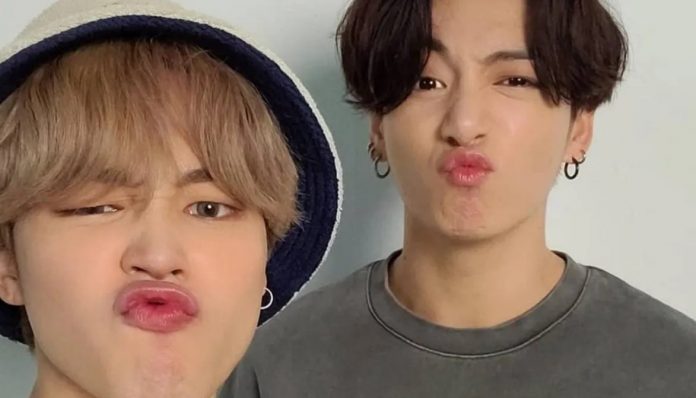 Jungkook continued to joke around and have fun until Jimin‘s unexpected response came through, what prompted the Filter performer to react in this way? BTS vocalists told how Jimin took revenge on Golden Maknae when he did not leave him alone.

The boys of BTS take us to know a little about their experiences beyond the stage, which includes the preparations for their filming, rehearsals, monitoring choreography, and more, so we can experience the excitement of the activities on their agenda up close.

That happened recently and a clip of MAP OF THE SOUL ON: E stole ARMY’s attention as it is proof of how well Jungkook and Jimin get along even though sometimes things don’t go as well as planned.

In a behind-the-scenes clip, Jungkook showed the cameras that he had a mark on his neck and blamed Jimin for it, we tell you what happened.

THE STORY BEHIND JUNGKOOK’S BITE

Both Bangtan Sonyeondan members explained that the day before they were having fun together, but on an impulse, the Golden Maknae picked Jimin up with his arms and started spinning him around.

Jimin asked him to stop doing it but despite his words he did not receive any response, so in the midst of desperation he bit him to finally pay attention to him.

This idol apologized for causing a mark on his neck but also showed his posture to explain what happened, so the moment became an unforgettable interaction between the singers.

Liverpool Are at a “Very Low Point” But Can’t “Feel Sorry...