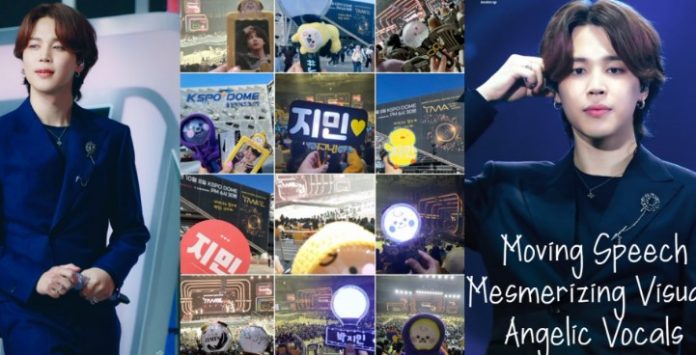 When the band took the stage to receive their awards, the shrill cheers and applause, especially for Jimin, could not be ignored, which once again proves his enormous popularity in the country. Many of the participants of the event posted messages on social media stating that the crowd was full of Jimin fans who carried banners with messages in support of him; others had headbands on Chimmy and Chimmy, while others covered their ARMY bombs with Chimmy stickers among many other actions to show Jimin their endless love and support.

love the wild and loud cheers and screams for park jimin like he truly deserves it pic.twitter.com/SH9dRPiHEU

In addition, the participants said that the front rows of the award ceremony were occupied by fans of Jimin, who waved banners of Chimmi and Jimin, and therefore he continued to look at the people in front, in recognition and appreciation for the love. and the support he received.

Ron Pearlman is in Twitter’s war with Senator Ted Cruz