Home Entertainment Jimin and V graduate with honors from college 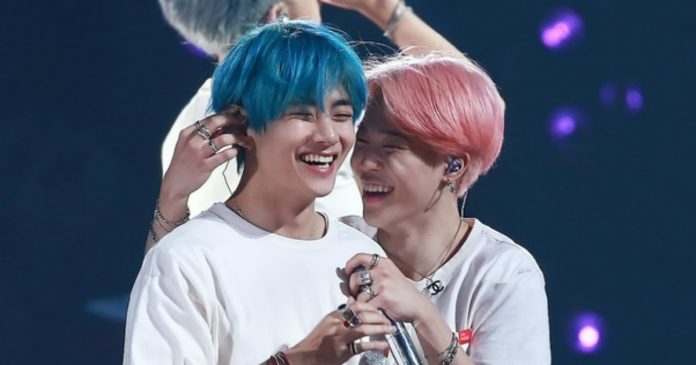 The dedication and commitment of BTS idols led them to receive an award during their graduation from Global Cyber ​​University, here’s why V and Jimin’s recognition is due.

Every BTS fan knows that much of Taehyung and Jimin’s friendship was created while they were still trainees and studying at the same school, but years later these idols continue to achieve their school goals alongside each other. They recently graduated from Global Cyber ​​University and gave their fans a new reason to be proud.

The graduation ceremony took place in August 2020 and, due to security measures, the event was broadcast online. This event was not only dedicated to the conclusion of their studies at the university, but also a special occasion to recognize the talents of famous idols.

V AND JIMIN RECEIVE A SPECIAL AWARD AT THEIR GRADUATION

During the event, the BTS members received the Presidential Award. Highlighting them as people who are role models for other citizens of South Korea and the world due to their initiative in cultivating talent and being a good influence beyond geographical limits.

Global Cyber University recently held a ceremony for their 2020 graduates, which include @BTS_twt's Jimin and V! The school also announced that Jimin and V were recipients of the university's 'President's Award'. https://t.co/Ose4zvXUfh pic.twitter.com/sMsxCj6D8l

The group’s fans did not hesitate to show their admiration for the idols, who demonstrated their commitment to their school life despite having a busy schedule as artists.