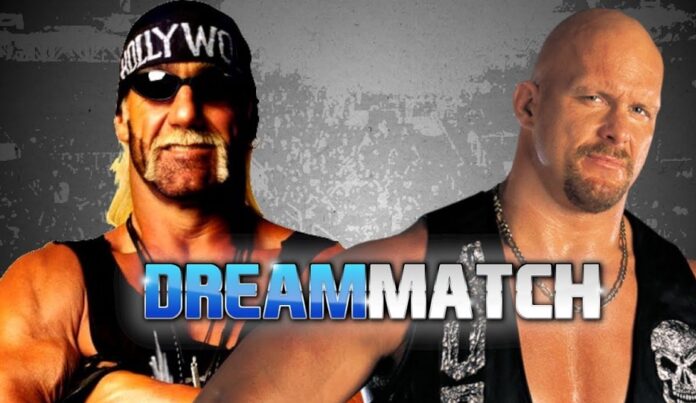 Throughout WWE’s history we have witnessed real dream matches. The Rock fulfilled some of the wishes of the fans when facing John Cena and Hulk Hogan, but other combats like the Hulk Hogan against ‘Stone Cold’ Steve Austin were left in the pipeline.

Both had the opportunity to do so when Hogan returned to WWE in 2002. Back then, Hulk Hogan was the leader of the nWo and was accompanied by Kevin Nash and Scott Hall. All three returned to WWE after a long stint at WCW and at WrestleMania X-8 Hogan faced The Rock, while Austin did so against Scott Hall. Apparently, the paths of Hogan and Austin could have crossed in the ring, but the decision of one of the two rejected the plan.

In the latest edition of his Grilling JR podcast, Jim Ross explained why Steve Austin never wanted to fight Hogan. “Austin had in mind that Hogan’s style and style were like oil and water,” said Ross. “He just didn’t feel the chemistry. He knew better than anyone else in the world who he could work with better. Hogan wasn’t on that list. Austin could have been wrong. I can’t assure that Hogan and Austin didn’t get good chemistry. Watch the fight. Hogan had at WrestleMania 18 with The Rock. ”

“Steve is a stubborn guy and he just didn’t feel it. When we met the new guys we had to explain that there was a new sheriff in town and his name was Stone Cold. He was no longer Hulkamania. But using Hulkamania in a way bitter and angry (Hollywood Hogan) maybe we could have gotten something out for WrestleMania. That was the idea but it never came to fruition. It didn’t happen because Steve didn’t accept it. I think Hogan probably would have accepted it because he would have paid well for it and by the way I would have worked with Austin. ”

Despite not having had an individual fight, Austin and Hogan did face each other inside a wrestling ring. It happened on March 11, 2002 in a team fight on Monday Night Raw between the nWo and the team made up of The Rock and Steve Austin. You can see the best moments of that fight in the video located at the top of this news.

Why are people too rude, according to astrology