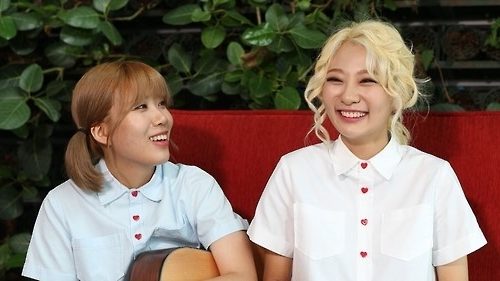 Ji Young publishes letter about Ji Yoon’s departure from Bol4. The two members of the duo have known each other for more than 10 years, forming a great friendship.

The company thanked the fans who have followed Bol4’s career , who debuted on April 22, 2016 with their album ‘Red Planet’, promoting ‘Hard To love’ and ‘Galaxy’, they quickly positioned themselves to the public’s taste .

Ji Yoon , was the one who brought her some lyrics, towards rap, she performed the instrumentalization of the melodies, with a sweet touch that stood out to the group, which participated in the ‘Superstar K’ program, in its season number 6 in 2014 .

The reason for the maknae’s departure from the duo is that she has concerns about her future and career, so she has decided to say goodbye, ending the promotions with the group, Shofar clarified that Ahn Ji Young , the vocalist, will continue to work with them maintaining its stage name as ‘ Bol4 ‘.

“We are sad that Bol4 cannot continue as a duo , but we have made this decision to respect and support Woo Ji Yoon’s thoughts , more than anything else. Although Ahn Ji Young and Woo Ji Yoon’s relationship ended in work, they will continue to be colleagues and friends, the different paths they take are supported.”

Ji Young wrote a letter to her fans and placed in her the feelings that her colleague’s departure aroused in her, saying that she first felt anger, surprise at Ji Yoon’s announcement , commenting that she listened carefully and realized that her intentions were real.

The girls knew each other more than 10 years ago, so Young stated that it is her turn to support her as a friend, asking her fans to follow them regardless of their departure , that she will take responsibility with much concern and fright, but on each album and concert will deliver the best of it.

“Thank you for loving and supporting us. I’ll be in the new beginning of Ji Yoon , a’ll show you a better Ahn Ji Young of Bol4.”

Nolan wants to adapt his movies to video games