Home News Ji Chang Wook and Suyoung from Girls’ Generation are upset about the... 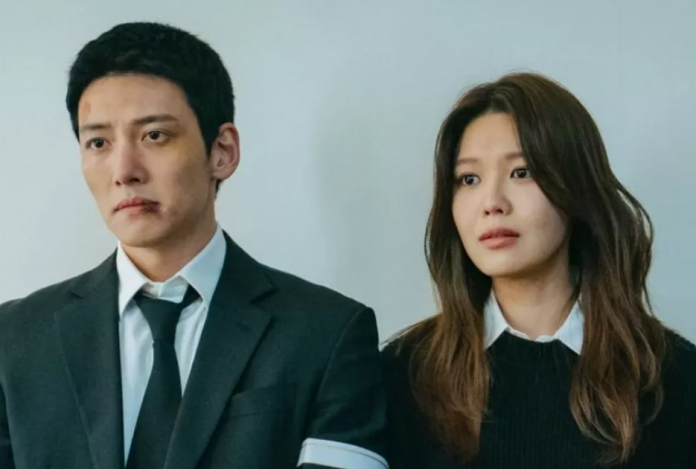 KBS 2TV’s “If You Wish Me” has shared an ominous glimpse of its next episode!

“If You Wish Me” is a drama inspired by a real organization in the Netherlands that fulfills the wishes of terminally ill cancer patients. Ji Chang Wook plays Yoon Kyo Rae, a man pushed to the limit by a difficult life full of struggle. However, when he has to work as a volunteer in a hospice, his life suddenly changes, helping to fulfill the wishes of patients.

In newly released footage from the next episode of the drama, Yoon Kyo Rae and Seo Yeon Joo (Suyoung from Girls’ Generation) mourn someone together at a funeral. The two stripes on Yoon Kyo Ryo’s armband seem to indicate that he is the one arranging the funeral, while Team Genie’s Yom Sung Ja (Yang Hee Kyung) consolingly squeezes Seo Young Joo’s hands, raising the question of whose funeral it is that they are attending.

In another photo, Ha Joon Kyung (Won Ji Ahn) appears at the funeral, marking her first meeting with Yoon Kyo Rae since he escaped to the hospital. It is noteworthy that her aura has become less dark than before, which suggests that since their last meeting she has undergone a lot of psychological changes.

The producers of “If You Wish Me” noted: “There are only two episodes left until the end, and Ji Chang Wook will demonstrate explosive acting skills that will cause deep sadness in episode 15. The plot will unfold in an exciting whirlwind until the very end, so please show great interest and anticipation for it.”

What is Kwai and how to edit videos on the social...