Home Entertainment Jett: The Far Shore Invites Us To Visit An Unknown Planet In... 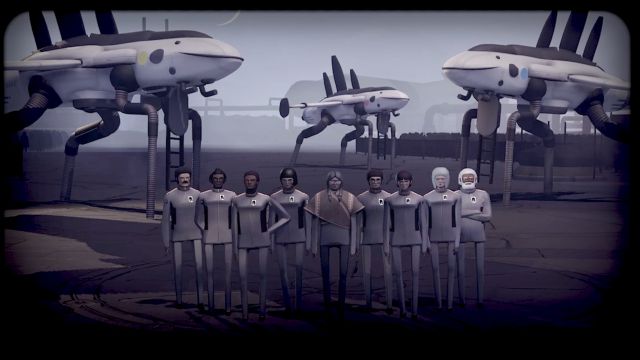 Jett: This exploration game will allow us to discover the ins and outs of the world that can become the new home of humanity. Just a year has passed since Jett: The Far Shore was unveiled at the PlayStation 5 reveal event, a perfect time to re-see the game in all its glory. During the State of Play on July 8, the development team has shown a new trailer of three minutes, which you can see below these lines. This independent title takes the player to explore a strange planet from their spaceship.

In Jett we play Mei, an interstellar space explorer who, together with her team, is convinced that she has found a new home for humanity. The orders are clear and crystalline: we must discover the origin of the wave signal that led us to this planet and explore it to choose the space in which civilization will live, all without damaging the native flora and fauna. The study explains that we will have to “observe, inspect and catalog” the findings. “You will need to use the tools on your jet with great care, such as the resonator, the blinding lights and the mechanical grip, which allows you to grip, transport and propel heavy objects.”

The this new world comes into operation a dynamic and interactive ecosystem where the jett is an intruder. “By inspecting and experimenting, you will learn to attract predators to their prey; To combine resin with an ionic liquid to create a much-needed explosive or to dispose of a huge aerial pursuer with a burst of debilitating nectar from a supernatural plant. There are many creatures and interactions to discover, and not all players will overcome Jett’s challenges in the same way, ”they note.

The developer emphasizes that the most attractive thing about Jett is probably the mix between its plot component and the gameplay. In addition, they confirm that they have used the particularities of the PS5 DualSense to offer sensations at the controls.