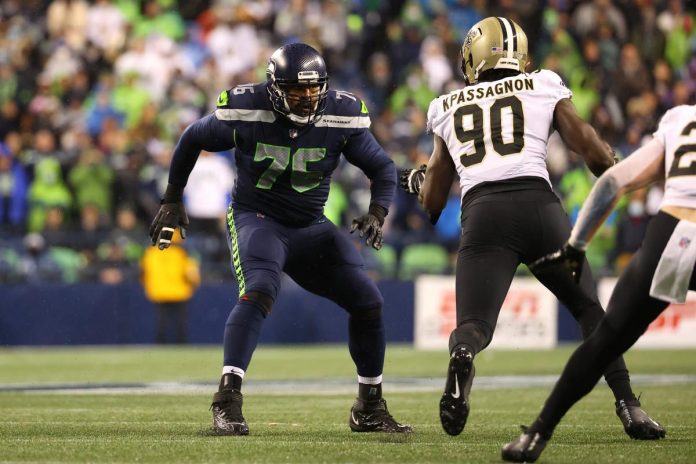 There’s a chance that the New York Jets could add a veteran offensive lineman before the regular season starts.

Per ESPN’s Jeremy Fowler, the Jets and Duane Brown have a mutual interest in a potential pairing. Brown also visited the team over the weekend.

If the Jets do sign Brown, it’ll be because of a new injury to Mekhi Becton. Becton went down with a knee injury on Monday and it looks to be more serious than the team originally believed, per NFL Network’s Mike Garafolo.

Brown spent the last five seasons with the Seattle Seahawks before his contract expired after the 2021-22 season. He’s made the Pro Bowl five times in 14 seasons and he’d also bring a lot of durability to the position for New York.

He’s only missed four games in the last four seasons and has made 203 total starts at left tackle in his career.

A deal between the two sides could get done rather quickly once the Jets get final confirmation on Becton’s injury.

Dan Quinn Reveals What He Said to Mike McCarthy This Offseason