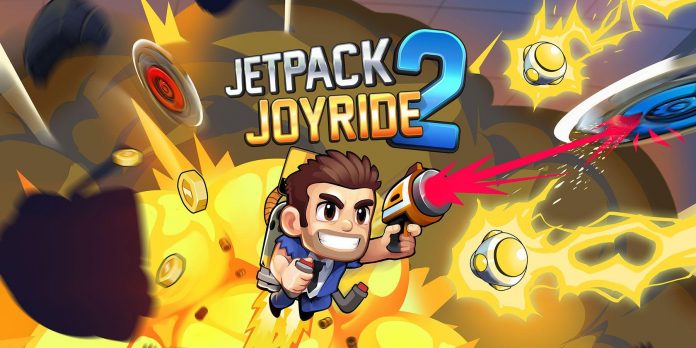 Very few mobile games have had the same success as Jetpack Joyride. Along with Temple Run, Jetpack Joyride was responsible for the explosion of popularity of the endless runner subgenre in 2011, and so far it has been ported to more platforms than its fans can imagine. Although the hype around endless runners has subsided in recent years, this did not prevent the developer of Halfbrick Studios from returning to Jetpack Joyride and deciding to make a sequel for it. Now, almost 11 years after the release of the original game, Jetpack Joyride 2 is finally ready to attract everyone’s attention.

Interestingly, this may not be the first time fans have heard about Jetpack Joyride 2, especially since Halfbrick started a software launch of the game in some regions more than a year ago. But in February 2022, the Australian studio decided to remove Jetpack Joyride 2 from both Google Play and the App Store, stating that the game had entered a new closed development phase indefinitely. Fast forward to last week: Jetpack Joyride 2 has finally been released worldwide, but this time as an exclusive offer for Apple Arcade subscribers.

As a sequel, Jetpack Joyride 2 makes many changes to its predecessor, while maintaining the basic side-scrolling formula that made the original game very popular at the time. Players still control the main character Barry Strickfries as he moves from left to right avoiding obstacles, but now Barry also has the ability to shoot enemies with a wide variety of weapons as he flies through each level.

The biggest change that Halfbrick has made to Jetpack Joyride 2 is the abandonment of the endless runner mechanics and the transition to a story experience. Unlike the original game, Jetpack Joyride 2 has levels, boss battles, and even an ending. Surviving as long as possible is no longer the main goal, as players will try to get to a certain distance or reach a certain score threshold on individual levels in Jetpack Joyride 2.

The exclusive Apple Arcade also means that players will not encounter any microtransactions or ads in Jetpack Joyride 2. In essence, this means that progress will flow naturally, and that the game will not give players any chance to take advantage of any shortening of the path. spend real money. As a rule, Apple Arcade games will also be updated with new content from time to time, and with the transition to a level-based gameplay, Jetpack Joyride 2 certainly has a lot to grow in the future.