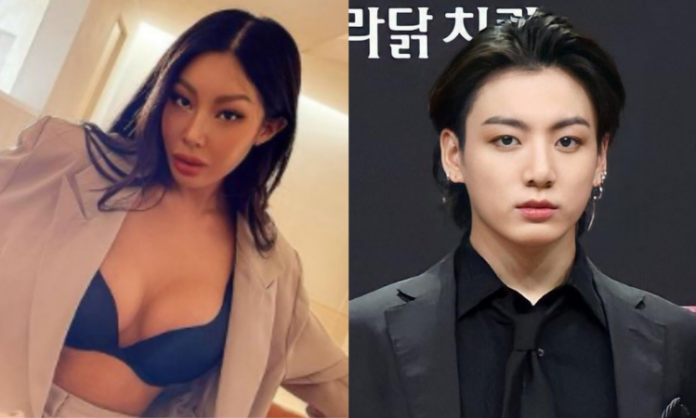 The rapper recently spoke about Jungkook, her fans did not forget her words and gave her a tender detail. The crush of Jessi does not stop being present after the confession of the rapper, now Jungkook is even in the vitamins of this talented girl.

Jessi just released the music video for What a Type of X and has been promoting this new tune with fascinating interviews and performances. It was like this that in a show he announced that he had a crush with BTS’s maknae and the response of his followers shows that his words left an indelible mark due to how adorable this girl was.

Jessi considers Jungkook to be very handsome and manly, so he is now her celebrity crush and she would be delighted to collaborate with him. These statements were well received by her fans and those of BTS , but she probably did not imagine what would happen next.

JESSI RECEIVES A GIFT MOTIVATED BY HER CRUSH WITH JUNGKOOK

The NUNU NANA performer is unable to meet large numbers of fans due to the current situation, but some of them have supported her promotions by sending her gifts. Jungkook appeared in one of them, as the fans of Jessi chose a box of vitamin Lemona for her where the image of BTS’s maknae stands out .

The singer boasted about this detail through her Instagram stories and added a short message explaining how this detail had come to her hands.

She also said it was a very funny gesture and it probably took her by surprise, but it certainly brightened up that moment in Jessi’s work day .

Fans of both artists have also highlighted how powerful a collaboration would be where Jungkook and Jessi merge their talents, as it could become the perfect match to conquer the charts.