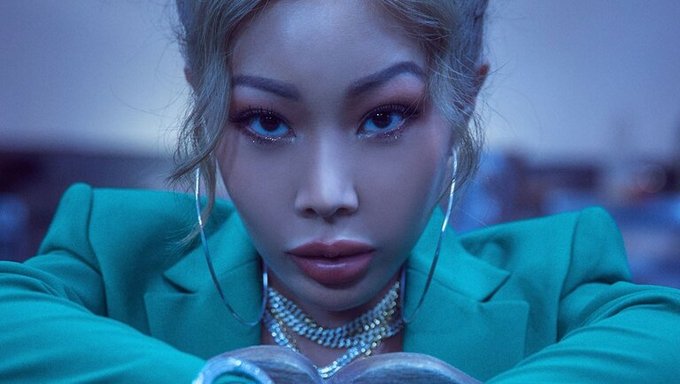 Jessi explains her difficulties before achieving success. Before Jessi became one of Korea’s worst and most real queens, she faced many challenges to achieve the success she now has.

On May 20, Korean-American singer and rapper Jessi was the guest of the third season of KBS’s talk show “The Joy of Have a Talk” hosted by Yoo Hee Yeol.

In one part of the talk, Jessi recalled her first arrival from the United States alone to South Korea to fulfill her dreams and enter the music industry. When she arrived in the country, she announced that she was able to join a record label called “Doremi Records”, now known as Genie Records. Under Doremi Records, “Jessica H.O.” She managed to promote it by name.

She added that the record company spent 800 million won (approximately $ 709,000) for her training, but the result of her debut was not good and her music was not good.

After the failure of their first music, she joined Uptown, a leading hip-hop band formed in 1997 with four original members: Yoon Mi Rae, Chris Jung, Carlos Galvan, and Steve Kim. The group first broke up in 2000 over drug charges against three of the members, but in 2006 they reunited to release an album with young Jessi.

Jessi said that the group was also not successful and took a long break after that. However, according to the terms of the contract, she had to release a song according to the record label. She had to do it even though she didn’t want to.

After the release of the song she immediately returned to the United States. While in the United States, Jessi posted a large number of cover songs on Youtube, which earned her a phone call from various agencies in South Korea. “I decided to go back to Korea once more to myself,” Jessi said.

However, when she returned to Korea, she slept in the saunas for 24 hours, as she had nowhere or anyone to go. As she was about to give up again, she contacted Jessi, the producer of Mnet’s rapper survival show “Unpretty Rapstar” and the female version of “Show Me The Money” and asked her to attend the show. Thanks to the show, he was able to get to where he is now.

Jessi also admitted that she had bad thoughts when things were not going well for her at the time. Jessi said, “I didn’t want to live anymore, but whenever these thoughts came to me, I thought of my family. I thought to myself, ‘What will happen to my family if I get lost?’ I thought.

What are your thoughts on her journey to success?

The guests of Big Brother 24 talked about their favorite past...