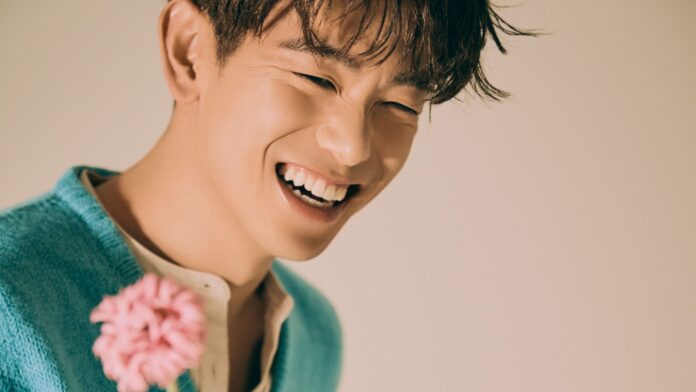 Jesse and Joy premiere a new video with Eric Nam. Jesse and Joy brought together different figures from the world of music, including singer and MC Eric Nam.

The duo of brothers Jesse and Joy released a music video with a good cause today , for the creation of this production they had the participation of different artists, but a great surprise occurred when Eric Nam announced his appearance in the music clip.

Stoked to have been a part of @mrporterlive’s Health In Mind campaign. I love the site, I love the brand, but most importantly I love what the Health In Mind campaign aims to do. I shared a lot about my life, career, music, health – both mental and physical, my hardships, dreams and aspirations with MR PORTER. Head to @mrporterlive for the full interview. Wearing : MR PORTER Health In Mind Charity Shirt. Net profits of each shirt goes to support men’s mental and physical health projects Thanks for having me MR PORTER! #mrporterhealthinmind #미스터포터 #mrporter #에릭남 #ericnam

Eric Nam has demonstrated on many occasions the affection he feels for Mexico , previously he even recorded two of his music videos in this country and also interpreted some covers in Spanish. Now Eric has amazed his fans in Mexico and Latin America by joining Jesse , Joy, and more figures from show business to celebrate diversity.

All of them participated in the video Love (It is our language) , a song performed by Jesse and Joy that is part of a campaign that promotes respect for diversity . The video had the technical support of the United Nations Office on Drugs and Crime, as well as UNAIDS.

The lyrics express how even though we are from different places, have different interests and lead lifestyles that seem to have nothing in common, there is also something that connects us and therefore, we must accept and respect ourselves.

The video presents pictures on screen that simulate an old video tape, there we see Jesse and Joy wearing clothes of different colors, but when the choir begins, other personalities make appearances in the pictures on the screen, among them we can see Alejandro Sanz , Danna Paola, Jesús Navarro de Reik, Mau & Ricky, Los Polinesios, Alan Estrada and, of course, Eric Nam .

Proceeds from this video will be targeted at organizations nonprofit in charge of defending the rights of the community LGBTI in Mexico, so do not hesitate to reproduce many times the clip.

Watch the full video for Love (It’s our language) below, did you find Eric Nam ?