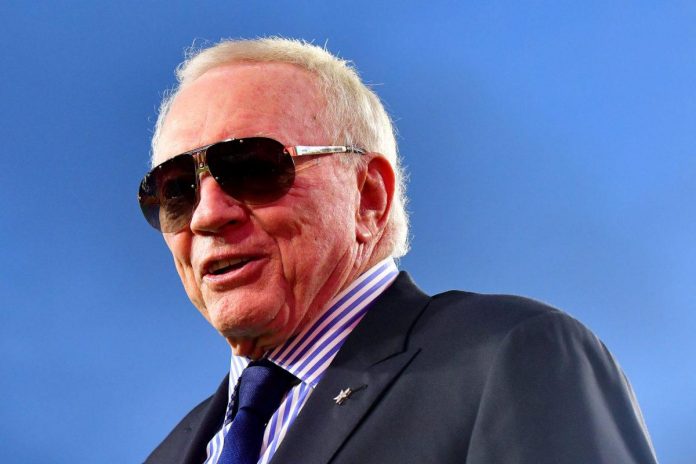 During a radio appearance with 105.3 The Fan on Friday, Jones told a story from the mid-90s that perfectly embodies this practical attitude.

The 79-year-old team owner said he once ran onto the field to tell head coach Barry Switzer to change the pass protection scheme.

“Jerry Jones just said on 105.3 The Fan that he once walked up to the sideline during a game to tell Barry Switzer to keep running back to help with pass protection because he was worried Troy Aikman would get hurt. the one—of-a-kind owner,” said Michael David Smith of ProFootballTalk.

Switzer took over as head coach of the Cowboys after the sudden departure of Jimmy Johnson and a quarrel with Jones. After the golden era of football in Dallas, Switzer failed to complete three stages, but helped the team win the Super Bowl in 1996.

Now in his 33rd season as Cowboys owner, Jones is still as involved as ever.

Dallas will open the 2022 season with a first-week matchup against the Tampa Bay Buccaneers on September 11.

Marquette King returns to football: the reaction of the NFL world