Home Celebrity Jennifer Lawrence is hurt Glass it rained on her! 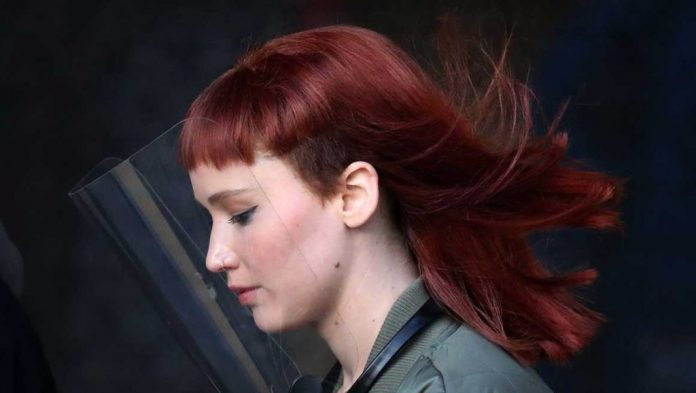 Jennifer Lawrence is reported to have been injured in an accident during the filming of a scene in the movie “Don’t Look Up.”

Jennifer Lawrence was injured on the set of the Netflix comedy film Don’t Look Up after an explosion went wrong that hit the actress in the face with shards of glass.

The location of the film Don’t Look Up is in Massachusetts and it was around 1:30 in the morning that Jennifer Lawrence was traversed to receive medical attention according to what was reported by the ‘Boston Globe’.

The accident that injured Jennifer Lawrence occurred when a planned explosion caused a trash can to fly through a window, splattering the actress’s face with glass to the stunned gaze of the film’s staff.

Unfortunately this is not the first time that Jennifer Lawrence is injured on the set of a movie as the same actress tells that she was temporarily deaf in one ear during the recording of the second Hunger Games movie: Catching Fire.

Another place where Jennifer Lawrence has had accidents is the red carpet, perhaps the most embarrassing place according to the actress after the experience of her stumbling at the 2013 Oscars.

From Somagnews we join the fans who hope that the talented Jennifer Lawrence will soon recover from this injury on the set of the Netflix movie, Don’t Look Up.

BTS remembers their beginnings with this trip to the past