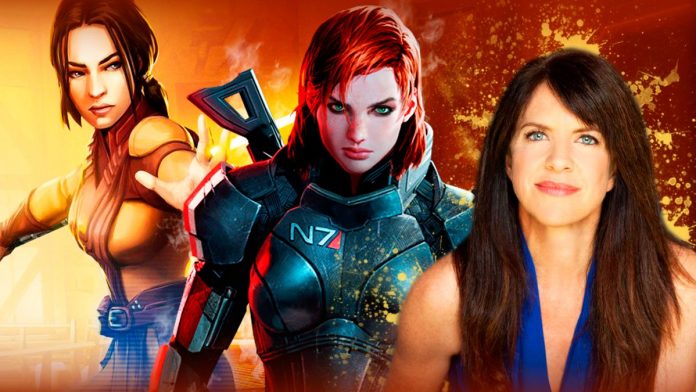 Jennifer Hale: The most prolific voice actress in digital entertainment has played great ladies like Commander Shepard or Naomi Hunter. Commander Shepard is one of the most famous faces in space. Despite having a predefined appearance of her, in Mass Effect we can choose for her the face and hairstyle that we want. And yet we recognize her as Commander Shepard. And, like any role-playing video game worth its salt, her personality and her evolution depend on the decisions we make. But the personality of her that she transmits from her through her gestures and the authenticity of her voice is what makes us feel alive behind the screen. Behind her, we find the most prolific voice actress in the business: Jennifer Hale. Like figures like Troy Baker or Claudia Black, this lady has made a name for herself in the video game industry thanks to a very versatile voice with which she has played a wide variety of women.

The beginnings of animation

According to IMDB, Jennifer Hale was born on January 1, 1985 in Canada. Recognized by the Guinness Book as the most prolific video game dubbing actress, she has also been dubbed “The Queen of Dubbing” in The New Yorker, as well as “the Meryl Streep of another medium.” As she recounts in Rock Paper Shotgun, Hale’s initial vocation was to be a singer and, later on, she drifted into film acting. “I went to the School of Fine Arts to study theater, but I always preferred the cinema. I moved to Los Angeles to focus on it, and did dubbing stuff for pragmatic reasons. I was only familiar with the business side of dubbing, but one of my first castings was for a cartoon series. The truth is that I didn’t see many cartoons when I was little, I preferred to go out or read a book ”. The actress herself assures that the convergence of her different talents such as singing or acting, and her ability to control her energy in different senses was what led her to the world of dubbing.

Hale focused on her new profession at Boutwell Studios, where she studied the fundamentals of dubbing, as recounted in Women in Gaming – 100 Professionals of Play (Meagan Marie): “I was like, ‘But can you really make a living? with this? ‘And there I met Greg and Courtney, who taught me the basics. They were very patient with me and they were wonderful ”. Following her training, then-teenage Jennifer Hale went door-to-door with a demo in search of a representation agency that would value a newly trained but highly promising talent.

8 horror movies for those who liked Netflix movies