In an interview with Vanity Fair, Jennifer Aniston decided to make many revelations about her life after Brad Pitt!

In an interview with Vanity Fair, Jennifer Aniston said she did not want to be put in the victim’s seat. She doesn’t want her fans to think that Brad Pitt left Angelina Jolie for another woman.

Jennifer Aniston said she must have seen a therapist after her separation from Brad Pitt. She revealed, “I have been working with this therapist for a long time. And its main objective is that one day you will be a victim. ”

Jennifer Aniston also added, “And that’s it. Then we take responsibility for our own contribution. To live in a victim’s place is to point the finger at someone else as if you had no control. ” 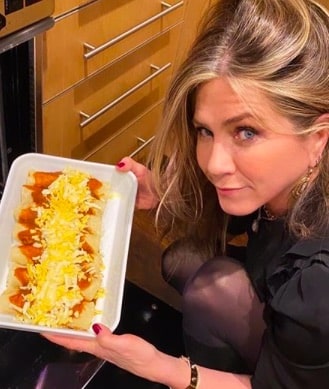 JENNIFER ANISTON REVEALS ABOUT BREAKING IN A COUPLE

Jennifer Aniston revealed, “Even if it’s 98% the fault of the other person, it’s 2% yours.” And that’s what we’re going to focus on. You can only clean your side of the street. ”

The Friends actress also added about public relations: “I’m not interested in taking photos in public. This is no longer my concern. What happened to him after the separation is his life now “..

She further explained, “I made a conscious effort not to add to the toxicity of this situation. I did not fight back. And I don’t want to be part of it. I don’t have a halo that I polish here. ”

Finally, the beautiful blonde also concluded: “Everyone has their own thoughts.” Her fans are still waiting for her to recover with her ex Brad Pitt!

Jennifer Lopez talks all about her marriage to Alex Rodriguez