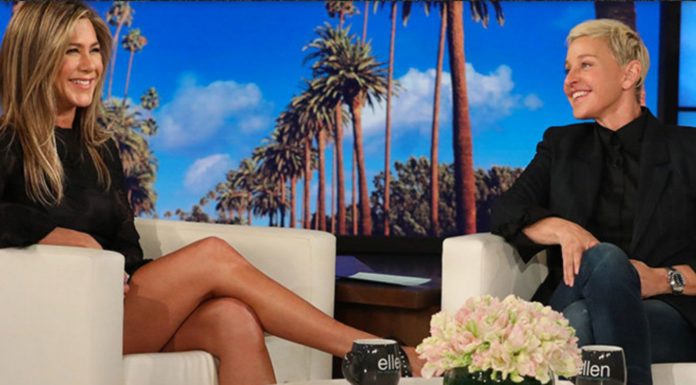 The actress went to Ellen’s show to promote “The Morning Show” the new series she produced with Reese Whiterspoon.During their visit they both joked and had a good time that ended with a kiss on the mouth, this because Jennifer reminded DeGeneres about that kiss that occurred with Howard Stern recently in his program “The Ellen Show”.

“Do you want to tell me about that? Tell me how was it, were you nervous? Did you get on paper? Aniston asked, to which DeGeneres replied. Is this something that will excite you? Why is it so important to You and Jennifer insisted asking when it was the last time I had kissed a man.

What Jennifer did not expect was the response of Ellen who assured her that she was kissing with boys just because she did not relate to them, that was when Ellen asked her the same question. When was the last time you kissed a woman? to which the actress replied that she had never done it, then approached to kiss her.