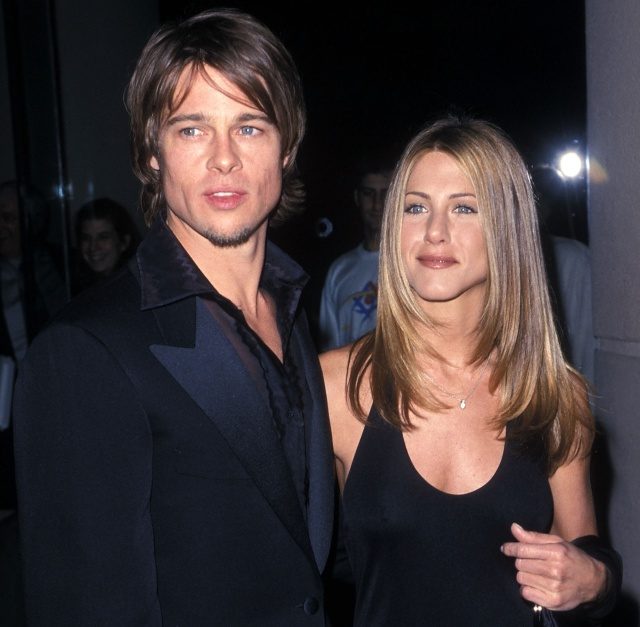 Jennifer Aniston and Brad Pitt are two of the most popular faces in the film industry, and they also became the most media marriage of the 2000s. In the height of Friends, both became the couple most persecuted by the light bulbs, and that is something they have not been able to avoid at the moment.

After their divorce in 2005, they remain media and the cameras continue to follow in their footsteps, but both have already become two adults willing to solve their differences. So much so that Aniston herself includes it in her friends list of any celebration.

Without going any further, as Entertainment Tonight reports, Brad Pitt allegedly attended the Christmas party organized by his ex-wife last Saturday, December 14. An event that did not miss Gwyneth Paltrow and her husband, Tom Hanks and his wife and Lisa Kudrow and her husband, among others. A total of 50 people came to Aniston’s home in Bel-Air to not miss this important date.

And it is that many could consider her the queen of the parties, because she also summoned an army of friends for her 50th birthday in February, which Brad Pitt himself also attended. Come on, everything indicates that Jennifer and Brad are best friends.

As for this last approach, a witness says that “Brad Pitt arrived at Jennifer Aniston’s Christmas party a little after 7 pm on Saturday.” “He was one of the first to arrive and the second to leave at around 11 p.m. He was dressed in a dark bomber and a cap. He arrived with his bodyguard, who waited for him with his car,” the source adds.

“His house was decorated with thousands of white lights around the trees surrounding his property. It was very festive. It was a rather discreet and casual occasion. A gathering of close friends to celebrate Christmas,” says the anonymous. Brad Pitt is now part of the actress’s “best friends” list. Who knows? Maybe it is also on Instagram.

Although after their divorce they decided to maintain their friendship, it is now when both have decided to strengthen ties and not hide it before the cameras.

Meghan Markle: her nephew wants to be interned in a psychiatric...