Home Celebrity Jennie is preparing for the BLACKPINK comeback? 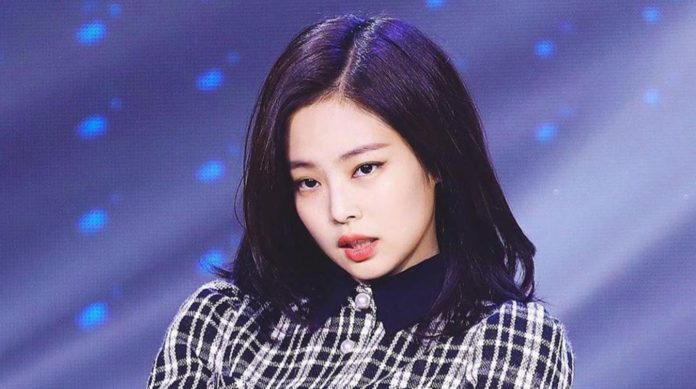 The idol caused a great emotion among her followers after sharing this photo.

The BLACKPINK rapper and vocalist provided her followers with a series of updates on her personal Instagram, posting some Instagram stories and also new photos in her feed. The idol showed in these images a walk with her pets and some memories of a photo shoot, however, it was the description in one of her photos that has stolen the attention of the BLINKS.

Jennie posted a photo of herself with a filter that adds cute freckles to her face and some blue butterflies. While the idol holds the headphones she is wearing, she presents different expressions directing her gaze in different directions in each of the images.

Anyone could think it was a photograph of Jennie listening to music to hang out, but she added the text ‘Studio life’ in the image description. This has sparked the excitement of all her fans who have eagerly awaited the group’s return with a new musical release and who have recently demonstrated for the entire year that BLACKPINK has remained on hiatus.

However, it is not known for sure if these are recordings for a group comeback or a new solo by the girl , there is even the possibility that the photograph is not recent, but while new updates come to light, this has given hope BLINKS on the probability that BLACKPINK will have a comeback in no time.

NCT 127 makes comeback with ‘Kick It’, Their new video

Nicki Minaj and Alanis Morissette are honored at Billlboard’s “Women in...