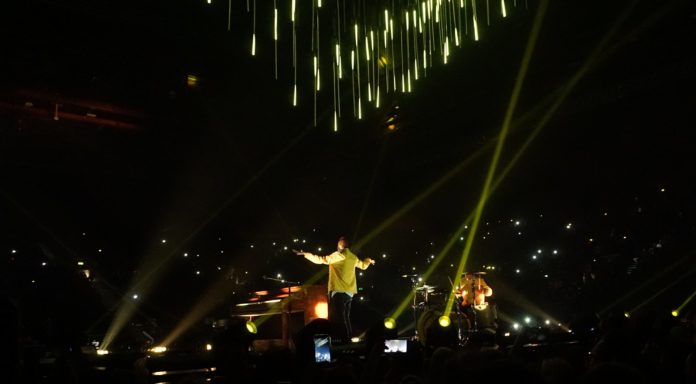 Jenna and Rosie starred in the new Twenty One Pilots video. His appearance moved fans of the band, making this video a very special one.

The duo released the video for their song ‘Level of Concern’ , where both Tyler and Josh included some of the most important people in their lives. It is an entertaining clip where both show a facet as musicians and also in a more personal environment.

The video begins with Tyler placing the camera ready to record and taking a few steps back to show that he is in his recording studio, where he begins to play the tune of this composition while playing a guitar and singing. The memory where Tyler’s activity has been filmed will later come to Josh , who continues filming in a similar way to his partner.

This creative process is repeated on some occasions, however, those who stole the camera were Jenna and Rosie, Tyler’s wife and daughter, with whom she appears inside the house making an installation. Simultaneously, Josh and Debbie were tasked with decorating the site behind Josh’s battery with a dark background and sparkling stars.

So they took filming to the next level, turning a homemade project into a fun setting with the help of the people they love. This being a sign of the importance of unconditional support and affection.

Check out the ‘Level of Concern’ video below:

What is Binance Supported Venus Protocol, How to Get It?

Sommer Ray Wants To Be Number One

WhatsApp: how to make a backup in the cloud

iOS 14: Orange and Green Dots on the screen