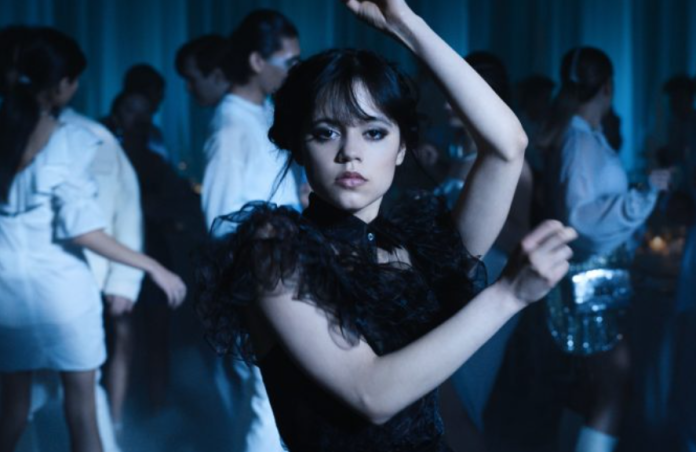 “Wednesday” star Jenna Ortega said she didn’t sleep for two days while putting on a dance scene for the show.

The actor, who played the main character in the hit Netflix, talked about creating a dance scene in the Tim Burton series.

“I was reproaching myself,” Ortega told Jimmy Fallon about her decision to come up with a dance scene herself.

“I felt like such a fool. I’m not a dancer. I’m not doing any of this. I have no experience in this field. And then I didn’t sleep for two days.”

About her inspiration , Ortega added: “I watched a video about Siouxsie and the Banshees… I found archival records of Goth kids dancing in clubs in the 80s… everything I could get my hands on. And then that day I thought: “Okay, I’ll just do it.”

“I paid homage to Lisa Loring, the first Wednesday Addams, I shuffled her around a bit like her. And, of course, they cut out of the camera when I was doing it. But he is—I know he is.”

Elsewhere, Jenna Ortega and her Wednesday co-star Percy Hines White are set to reunite for a new romantic comedy.

It was reported (via Deadline) that the couple will appear in the film “Winter, Spring, Summer or Autumn”, the directorial debut of screenwriter Tiffany Paulsen. The script was written by Dan Shoffer, and Ortega will also serve as an executive producer.

The project is described as “Before Sunrise Meets the Benefits of Being Quiet” and features two teenagers on the cusp of adulthood who meet and fall in love during four significant days of the year.

What If …?: The Lost Episode Dedicated To Gamora And Tony...

Yellowstone: Harrison Ford and Helen Mirren will star in the prequel...