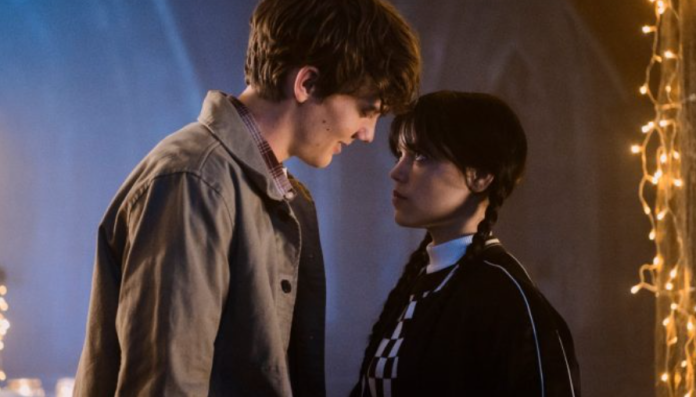 Jenna Ortega said she was “always against” the love triangle storyline on Wednesday.

Speaking to Etalk about the dynamic, Ortega said she confronted the writers about the idea, who assured her it wouldn’t be a traditional love triangle.

“As for the boys, I had to put up with it,” Ortega explained. “To be honest, I’m going to fight this love triangle so hard because it’s just my defense. I don’t think Wednesday will ever end up in a love triangle.

“I talked about it with the writers, and they said: “Don’t worry, it won’t happen.”

Speaking further about the storyline of a potential second season in MTV News, Ortega added: “I’ve always been against the idea of a love triangle. Now that Tyler has left the table, I feel like she’s left the guys for a while. I feel like she and Xavier just got to a safe place. I think there is an opportunity for a really sweet platonic relationship.

“Because I don’t think it’s shown often enough, men and women have a safe platonic relationship that doesn’t become romantic, but just a sincere, almost kindred relationship. I think it would be wonderful to see.”

Ortega recently supported the idea of a romance between Wednesday and her roommate Enid Sinclair (Emma Myers) after they hugged in the last episode. “In an ideal world, [Wednesday and Enid] would be something special,” she said.