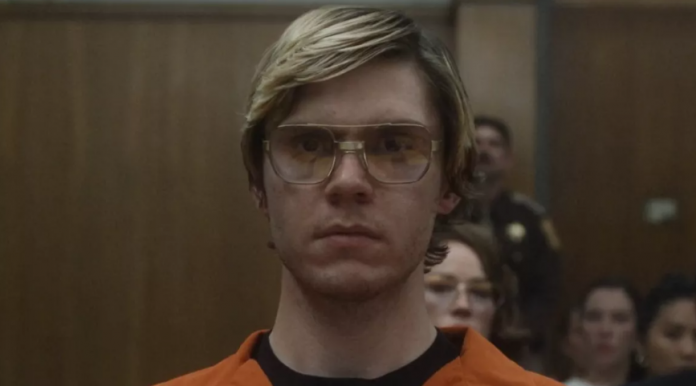 Although Evan Peters has played several evil characters throughout his career, and Ryan Murphy has created many crime miniseries, both probably did not work on such a violent and discussed project as “Dahmer Monster: The Story of Jeffrey Dahmer.” The series was rejected by many, and now a friend of a couple of Dahmer’s victims is criticizing the Netflix series.

Eric Wynn, the only black transvestite, performs at the 219 club in Milwaukee around the same time Jeffrey Dahmer committed many of his murders. Wynn told The New York Times that he met Eddie Smith and Anthony Hughes through this place. He said that over the years he had noticed that the number of blacks coming to the club was decreasing, and said that “suddenly there were fewer of them.” Dahmer frequented the club and from 1978 to 1991 killed 17 people, including Smith and Hughes. When asked about Netflix’s decision to produce the series, which is one of the most talked-about shows in the fall 2022 TV program, Wynn said:

”It couldn’t be more wrong, more untimely, and it’s a media grab. I thought he was better than that.”

Many have now spoken out about the series, saying that they do not understand why it was necessary to dramatize this story. The sister of one of Dahmer’s victims shared that watching the show was like “reliving everything.” She also noted that the families of the victims were not asked for permission to shoot the show. The journalist who covered the story about Dahmer, along with members of the crew who worked on the mini-series, also complained about the series.

Eric Wynn explained that the show partly disappointed him because of Ryan Murphy’s participation. Before Dahmer, Murphy created such productions as “The Normal Heart” based on the play by AIDS fighter Larry Kramer and “Pose” — a show about the ballrooms of New York (the LGBTQ subculture in the Latin American and black communities) in the 80s. Wynn said he liked the latter, but was surprised by Murphy’s last suggestion, saying:

”I was so impressed that we finally had a performance that we participated in. It was such a big tribute to all of us. And then he turns around and does it, someone who is actually attacking the black gay community.”

He’s not the only one upset that the series is “attacking the black gay community.” The show was listed with the LGBTQ+ tag on the streaming platform, but Netflix subscription owners quickly voiced their concerns with this tag, and the streamer removed it. Amid the controversy, a person on Twitter criticized the show and said it was “exploiting the trauma” of the victims.

Last week we also heard from Paul Xycinski, the former lawyer of the victim who survived the encounter with the deceased killer. He explained that his client, Tracy Edwards, is forever traumatized by this situation. A traumatic event in Edwards’ life is shown in the first episode of Dahmer.

Although “Dahmer” is the most popular show on Netflix since the 4th season of “Very Strange Things” was released this summer, the discussion around it has been critical. And given that the negative reaction is still persistent, one has to wonder if Ryan Murphy himself can speak out on this.