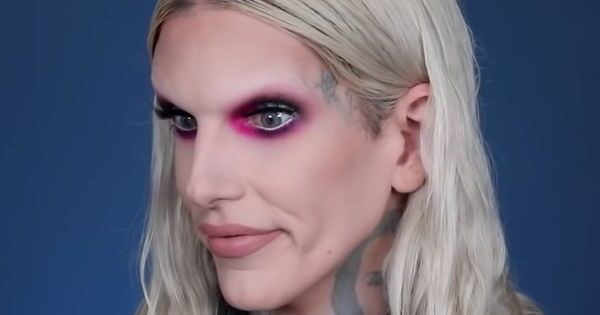 Jeffree Star has been kept busy during quarantine, after the breakup with his ex-partner, the makeup guru has focused on his new releases.

However, criticism for his new palette has provoked criticism from some Twitter users who are offended by the name Jeffree used, as they assure that it is in bad taste in the face of the current health crisis.

Titled “Cremated,” Jeffree showed a new trend in shadow colors, ranging from gray, silver, and black, combined with glitter, but it seems that its meaning might be a little out of place, as it is one of the methods with the one that people say goodbye to their loved ones.

The YouTuber came to his defense and admits that anyone can interpret his work as he wants, but it does not mean that he disrespects anyone, since he said goodbye to his father and 2 of his pets in the same way.

Some fans came out in defense of Jeffree and argued that there is nothing offensive about his new product, in addition, that he is always a victim of criticism on social networks.

It is not the first time that the YouTuber has received criticism for its new releases, previously, it was accused of plagiarism, some users on social networks found similarities in the design of their new collection with the packaging of another makeup brand, but the critics did not they went on to more.