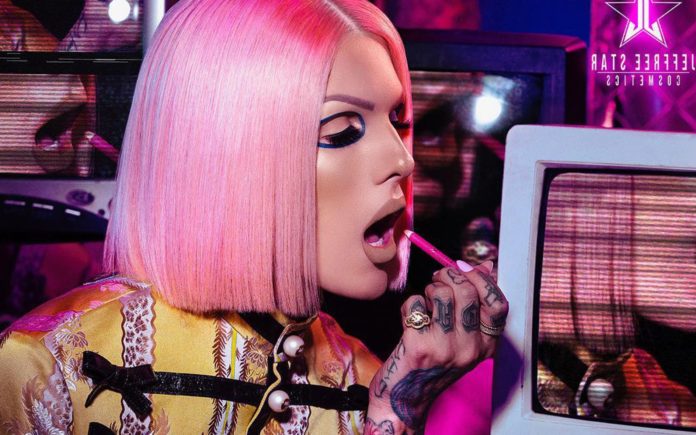 The celeb is accused of copying the design of a brand called Lorec.

At the beginning of the year, Jeffree Star lived the drama of his separation with his ex-partner Nathan Schwandt; Months later, the famous makeup artist has continued with his life, but it seems that a new controversy invades his life.

The Youtuber is known for his talent in make-up and as part of his 2020 plans, he launched some beauty collections and for which he has been accused of plagiarism . We tell you what we know.

Through his Instagram account, Jeffree posted photos of his new release – a palette of shadows that come in a hexagonal box – however, criticism started on social media when some users started sharing photos from his collection and compared them to the product of a brand called Lorac.

Apparently Jeffree copied a 2014 release, netizens dismissed the fact that it was a coincidence, as Lorac’s palette appears in the 2019 documentary “The Beautiful World of Jeffree Star “, so he did know of its existence.

@JeffreeStar I would love to hear your side of this story! I didn't know if you had heard about this yet or now? I love your brand, jeffree and I will always support you! ❤ #bloodlustpalette #jeffreestarcosmetics #lorac pic.twitter.com/qakhvPZUou

Jeffree’s palette has different colors and designs, it only contains shadows, Lorac’s is a collection of shades, lipsticks and pencils. Some fans came to his defense and argued that if it is to accuse people of plagiarism in the form of packaging, then it would be the same for other types of products or companies.

Are water or soda bottles plagiarism? What do you think? So far, Jeffree has not given a statement about it, but some detractors noted that he complained about Kylie Jenner when she released lipsticks with a design similar to his own.

no, because is jeffree is being dragged for using a hexagon, then so should everyone else because sesame street featured it FIRST.
Id get it if it was EXACT down to the product, but its just a box. Lorac has 6items, jeffree has a whole collection.