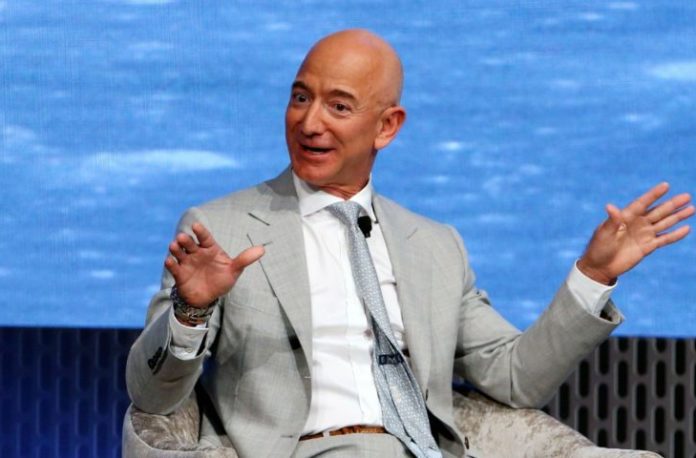 Aerospace research company Blue Origin, founded by Amazon owner Jeff Bezos, has announced that it will build a new rocket engine production facility. It is stated that the new facility to be opened in Huntsville will increase the company’s rocket production capacity.

Aerospace research company Blue Origin, founded by Amazon founder Jeff Bezos, has announced that it will build a new rocket production facility in Huntsville, Alabama. It is stated that with the new facility, Blue Origin can produce engines at higher speeds than the current engine production. The Blue Origin company is developing technologies that make it possible to travel to space at a much lower cost and with full security.

The new facility is said to be particularly important for the BE-4 engine under construction, which will be used on Blue Origin’s New Glenn rocket. The plant is also expected to provide a new engine in the supply of the new Vulcan launch vehicle by the space and aviation company United Launch Alliance (ULA), established in partnership with Lockheed Martin and Boeing.

The engine is 1,000 horsepower:
Blue Origin started working on the BE-4 engine in 2011. The engine would be used in New Glenn, the first orbital launch vehicle of Blue Origin, but in 2014 ULA announced that it would use this engine in its new generation vehicle, Vulcan. BE-4 has a capacity of approximately 1,000 horsepower and uses a mixture of liquefied natural gas and oxygen as fuel.

While Blue Origin announced that it will deliver two BE-4 engines this year, it will also ship the integration of the engine so that ULA’s Vulcan vehicle can begin ignition tests. Blue Origin will also start the first test flights of the New Glenn rocket with BE-4 engine in 2021. The engines are currently taking part in the long testing process to prove themselves. The engine is tested by creating pressure that will be experienced in its actual use.

Tests continue at NASA Marshall Space Flight Center to improve and improve Stand 4670 hardware. Here, the BE-3 engine is tested on one side and the BE-4 engine on the other.