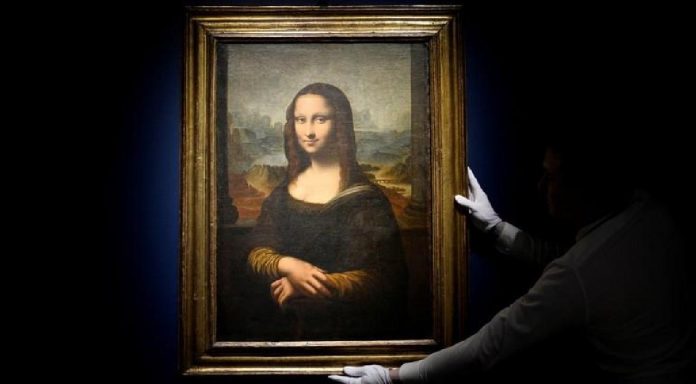 Jeff Bezos is often in the news. Earlier this week, an online petition popped up for Jeff Bezos to buy and eat the famous painting.

The internet, which is an indispensable part of our lives, can sometimes be the subject of interesting news. Jeff Bezos, one of the richest people in the world, is often the subject of these news. Finally, the famous billionaire, who was preparing to go into space with his brother for travel purposes, came to the agenda with the campaign launched to prevent him from returning to Earth from space.

Now Bezos is on the agenda with a much more interesting event. For some odd reason, thousands of people want Amazon CEO Jeff Bezos to buy and eat the Mona Lisa.

Campaign launched to get Jeff Bezos to eat the Mona Lisa

The Mona Lisa is a 16th-century oil painting portrait on a poplar panel by Leonardo da Vinci in Florence, Italy, during the Renaissance. The painting, exhibited at the Louvre Museum in Paris, is one of the most famous works in the world. However, the painting has been on the agenda lately, not for an artistic reason, but with a rather interesting campaign.

Earlier this week, an online petition popped up for Jeff Bezos to buy and eat the famous painting. The petition, which attracted attention in a short time, was signed by thousands of people. The funny thing is, the petition isn’t even new. It was started about a year ago by a musician named Kane Powell. But for some unknown reason, it became popular in a week.

Answering the questions posed to him, Powell said that the idea came to him while sitting in a place with his friends. When asked why, he replied “just because he has the money to do it”. When asked why he should eat, Powell gave a simple answer: “Frankly, I don’t know.” “No one has eaten the Mona Lisa, and we feel that Jeff Bezos needs to take a stand and make it happen,” the campaign statement said.

What if Bezos eats the painting?

So what happens if he eats the painting? The biggest problem in this scenario seems to be health issues, not money. While drawing the Mona Lisa, da Vinci first painted it on a fine-grained wood plank and then preferred materials made of lead. The artist also used pigments composed of silica, iron oxide, tin oxide and bone powders to achieve accurate colors. This means that someone who eats the painting will have serious health problems.

Actually, this isn’t the first time someone has come up with the idea of ​​buying the famous painting. Last year, it was claimed that the famous billionaire Stéphane Distinguin would buy the painting for 60 billion dollars. This would have been more than 100 times the cost of the highest-selling artwork in history, but it didn’t happen. According to another claim, the net worth of the painting is $200 billion. The interesting thing is that Jeff Bezos is one of the few people who can afford that price.

So what do you think about this subject? Should Jeff Bezos buy and eat the Mona Lisa, or should this ridiculous campaign end? Do not forget to share your views with us in the comments section.