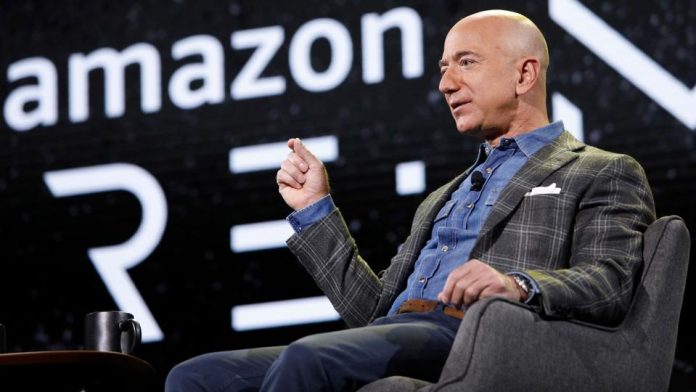 Jeff Bezos founded Amazon on July 5, 1994. And, 27 years after his founding, Jeff Bezos is handing over the CEO role to Amazon senior executive Andy Jassy, ​​as of today.

Amazon has become a tech giant under the direction of Jeff Bezos. Jeff Bezos, who founded the e-commerce giant in his garage in 1994, will continue to sit on the company’s board of directors, but his focus will be on other ventures.

Amazon was originally a modest online sales site for the sale of books, but is now known as one of the largest and richest companies in the world, like Apple, Google and Microsoft. Focusing on digital technology and the rule that defines a set of cultures, Jeff Bezos entered electronics, grocery and eventually cloud computing with Amazon Web Services (AWS), quickly making Amazon the most valuable retailer in the United States. With AWS, the company has moved to multiple markets and regions, including streaming with the Amazon Prime platform.

The company has also become a major practitioner of data analytics and automation, thanks in part to its founder’s love of engineering and invention. That’s why Amazon warehouses consist of large operations with multiple machines whose workers are often monitored for productivity. This workspace portrays Jeff Bezos as a ‘technologist’ while also being used to question his company’s workplace culture. A series of news and reports plagued the firm with first-person stories about poor working conditions, low pay, and even bullying. Earlier this year, Amazon workers in Alabama tried to form a union with many who thought the company had no self-interest, but the attempt was blocked by the company’s board of directors.

In April, Jeff Bezos said in a letter to investors that he would focus on new ventures to make Amazon a better place to work. He said the company needed to develop new ways to “encourage” employees. However, the multi-billionaire is also channeling his “energy” into other ventures such as the commercial spaceflight project Blue Origin. The company plans to make its maiden flight on July 20 with Jeff Bezos himself.

“I’ve dreamed of traveling to space since I was five years old,” Jeff Bezos wrote on his Instagram account. “I will go on this journey with my brother on July 20. The biggest adventure is with my best friend.”

Amazon is embarking on a new era under Andy Jassy, ​​who, given his previous role as AWS CEO, is expected to focus more on cloud computing.