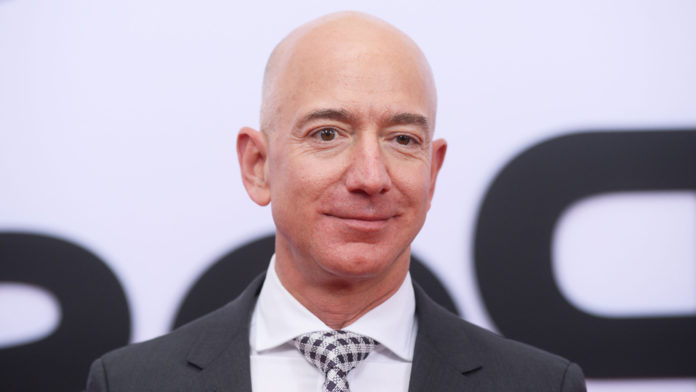 Amazon’s CEO Jeff Bezos has sold more than $ 4 billion worth of Amazon shares over the past week. Although the purpose of the famous billionaire in doing this is not known exactly, the financial source is thought to be used in Blue Origins.

Amazon CEO Jeff Bezos has sold over $ 4 billion worth of Amazon shares in the past few days. Nobody knows why the world famous billionaire suddenly made such a move.

According to the documents released by the Securities and Exchanges Commission (SEC), Bezos sold exactly $ 570 million in shares on February 7 only. The CNBC channel reported that such high share sales are part of a pre-arranged commercial plan.

The sales may have resulted from what happened between the Saudi prince and Bezos:
These stock sales took place just a few weeks after the information inside Bezos’ hacked phone was discovered. Mohammed bin Salman, the crown prince of Saudi Arabia, had illegally accessed Jeff Bezos’ phone. The Saudi prince, who sent a malicious file to Bezos via WhatsApp, reached the data in Bezos’ phone.

The Saudi prince is said to be targeting Jeff Bezos’ company, Nash Holdings and the Washington Post newspaper. It is claimed that this was especially due to the aggressive news published by Bezos’s newspaper about Saudi Arabia at the time.

In an interview with CNBC in 2017, Bezos made the following statements on the subject: “My business model for Blue Origin is to invest this money in Blue Origin by selling 1 billion dollars of Amazon shares annually. This initiative will be a long journey and I am happy to have invested in it. ”