Home World Jeff Bezos Is No Longer The Richest Person In The World! 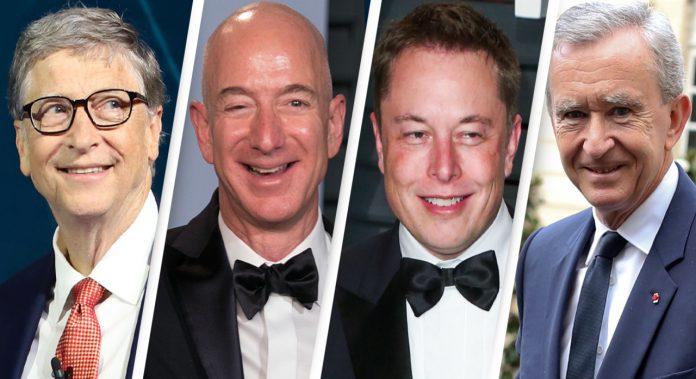 Jeff Bezos is no longer the richest person in the world. During the pandemic period, the list of rich people who added wealth to their wealth changed. Bernard Arnault took the first seat from Jeff Bezos.

While the Covid-19 pandemic caused serious problems in small businesses, it was very useful for huge companies. Companies such as Tesla and Apple grew incredibly during this period, almost doubling their value. But it’s not just tech companies that grew.

LVMH Group, which owns many luxury clothing and accessory companies, has achieved great success in this process. It even climbed to the top of the list of billionaires, with its owner Bernard Arnault, Jeff Bezos and Elon Musk topped.

Bernard Arnault becomes the richest man in the world

According to the Forbes report, the list of billionaires has been updated. The French fashion king Bernard Arnault, who has been behind in the race between Elon Musk and Jeff Bezos for a while, took the rope. The successful business person, who was positively affected by the increase in the value of LVMH Group shares, became the richest person in the world with an estimated net worth of $ 186.3 billion.

Bernard Arnault’s fortune, owner of Louis Vuitton Moët Hennessy, was around $ 76 billion in March 2020. However, the successful businessperson has made record earnings, with a massive increase of over $ 110 billion in the past 14 months, thanks to his performance defying the pandemic.

He lost his place at the top with his rival Amazon CEO Jeff Bezos, who was in the second place on the list, with a fortune of 186 billion dollars. The difference between the two is 300 million dollars.

Despite the new developments, tech companies still maintain the majority on the list. Elon Musk, CEO of Tesla and SpaceX, came in third. The famous billionaire affected by the fluctuations in cryptocurrency currently has a fortune of $ 147.3 billion.

Biden Sets Up a Meeting With Big Techs To Talk About...