Home World Jeff Bezos Goes To Space With His Brother 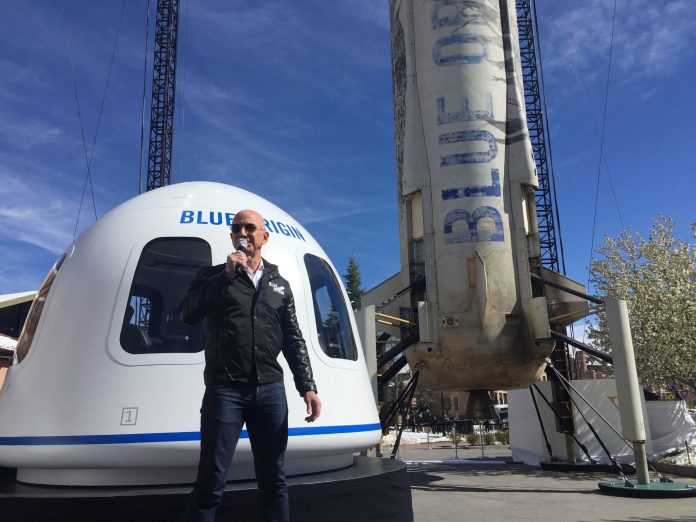 Jeff Bezos, founder and CEO of Amazon, is going into space. Jeff Bezos, the richest person in the world, takes his brother Mark Bezos with him to space.

Jeff Bezos announced that he will go to space through a video he shared on his Instagram account. In his post, the CEO of Amazon stated that they will go to space with the rocket of the space company Blue Origin, which is also owned by him, on July 20. Although it was stated in the statement made by Blue Origin in May that the first crewed space travel would be made on July 20, no information was given about the participation of Jeff Bezos.

Jeff Bezos, in his Instagram post, stated that he had dreamed of going to space all his life and that it would be very meaningful for him to do it with his brother.

Amazon CEO Jeff Bezos said: “You see Earth from space and it changes you. Your relationship with the planet and humanity is changing. I want to go on this journey because it is something I want to do all my life. An adventure. It’s a big event for me.”

The capsule and launcher will separate after the rocket, which will take off from the ground, goes as far as the Kármán line, which is 100 kilometers above sea level. Thus, those in the capsule will be able to view the Earth from above and experience the weightless environment. The launcher and capsule will return to earth separately. The capsule will land in the desert in western Texas, USA, with the help of parachutes.

The third person to go to space with Jeff and Mark Bezos will be determined as a result of the ongoing auction. The highest bid in the auction, which will end on June 12, is currently $2 million 800 thousand.

Lupin: 8 questions that season 2 has to answer