Home Home Page Jeff Bezos Goes To Space: When, How To Watch And Other Important... 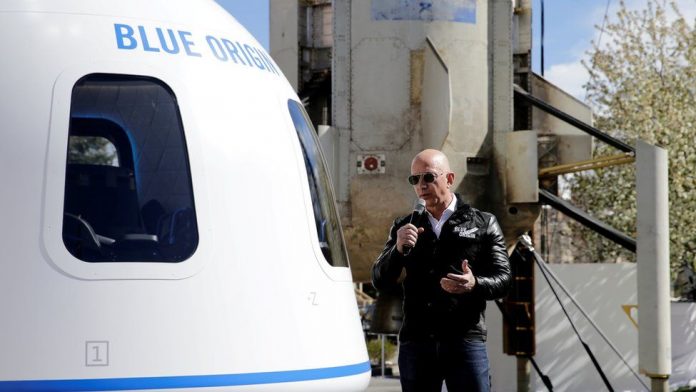 Jeff Bezos goes to space: Jeff Bezos, one of the richest people in the world, can buy anything he wants, and apparently that includes taking a short trip into space.

The billionaire, who will leave Amazon’s CEO position early next week, plans to go on a suborbital journey this summer with a rocket built by the space research company Blue Origin, which he founded in 2000. “Since I was five years old, I’ve dreamed of traveling to space,” Jeff Bezos shared in a video on Instagram. says. “If you see Earth from space, it changes you. It changes your relationship with the planet, with humanity. This is one World”.

When is Jeff Bezos going to space?

The space flight is scheduled to take place on July 20, 2021. This date was specially chosen because it coincides with the 52nd anniversary of the Apollo 11 moon landing in 1969. Let us remind you again that Jeff Bezos will relinquish his Amazon CEO title on July 5, two weeks before the trip, and Andy Jassy will take over. Jessy currently runs Amazon’s cloud computing division.

Is Jeff Bezos going solo on his space journey?

Blue Origin’s New Shepard rocket is a reusable, fully automated spacecraft with enough room to accommodate six passengers on board. In this way, Jeff Bezos invited his brother Mark Bezos and 82-year-old Wally Funk, one of the original Mercury 13, who passed NASA’s astronaut training program in the 1960s, to join him. Also on board will be a mysterious participant who won the auction after committing $28 million in a Blue Origin charity auction.

How high will Jeff Bezos go in space?

The Karman line is considered the altitude where space begins, which corresponds to an altitude of about 100 kilometers above sea level. According to the chart of the flight trajectory on Blue Origin’s website, Jeff Bezos‘ flight is expected to take about 11 minutes, with only a few minutes being spent above the Karman line.

Jeff Bezos gave no details on how those interested could watch the flight. However, Blue Origin test flights are streamed live via the Blue Origin website and the Blue Origin YouTube channel. We predict that both channels will broadcast Jeff Bezos‘ flight live. If possible, we will also include the video window on this page.