Home Tech Jeep Will Take Off Its Electric Bike This Summer That Can Even... 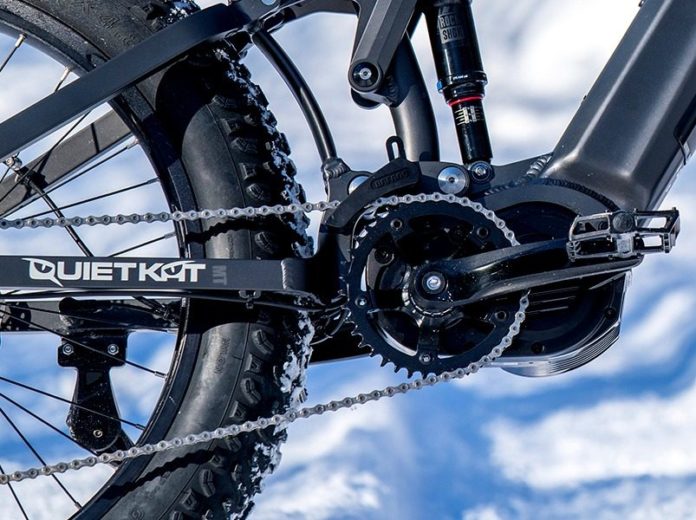 Jeep company continues to work to expand its product range. The company, which we generally know with four-wheeled coarse land vehicles, is now on a bicycle. The electric bike was produced in accordance with the trails and terrain conditions.

The company named E-Bike promoted the electric bike with a funny commercial that the Super Bowl fight aired during the halftime, including Bill Murray. The company’s website contains new information about E-Bike.

Electric off-road bike powered by QuietKat engine:
According to the off-road vehicle manufacturer, this model uses motors from another electric bicycle manufacturer, QuietKat. Jeep’s electric bike will have a 750 Watt electric motor and a range of about 65 kilometers. No more information has been shared about the vehicle’s specifications at this time.

The bike also uses QuietKat’s suspension system called Fire-Link. It also has a bike, four staff tube connections and four-piston hydraulic brakes. Jeep and QuietKat have done everything they need to do to make this electric bike fit a Jeep car.

Even though the company did not share details about the new vehicle, there is a period of time that has been measured in months before the launch of the E-Bike. This shows that we will get more information about the vehicle in spring. June marks the Jeep E-Bike’s launch date.

The bike in the ad confuses E-Bike, because the vehicle has a M620 engine known as Bafang Ultra from Chinese Bafang. The power produced by this engine is 1.620 Watt. With this engine, the vehicle can reach 160 Nm of torque, which is known as a point that even gasoline engines cannot reach. This means a force that will break the chain of the bike half way.

It is not known how much Jeep is involved in the production process. The materials used or the arrangements made in the engines may offer a more stable driving chance. We will see together how successful the vehicle will be.

Apex Legends: Season 8 everything you need to know