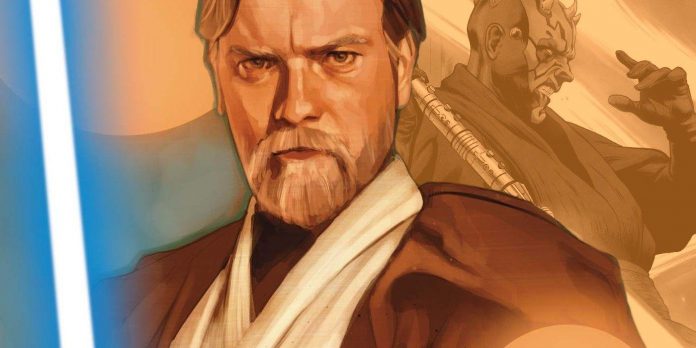 The Sith are the historical enemies of the Jedi, but when Obi—Wan and Qui-Gon’s lightsabers failed, it confirmed how thoroughly the cult of the Dark Side had been erased from memory, allowing their destructive return under the auspices of Darth Sidious.

Generations ago, there were many Sith and many Jedi who participated in huge battles outside of war. Over time, the thirst for power of the Sith forced them to fight internally and sabotage their own goals. This led to the fact that Darth Bane created the rule of two, according to which only two Sith, a master and a disciple, can act at any given time. But this severely limited their numbers, which led the Jedi to believe that they were extinct.

In Star Wars: Obi-Wan Kenobi #2 by Christopher Cantwell and Luke Ross, Obi-Wan and his master Qui-Gon investigate an incident with a mine on an alien planet. A group of thieves caused a spike in radioactivity in the mine, which affected the brightness of Obi-Wan and Qui-Gon’s lightsabers. However, before they figure it out, the two Jedi ponder what is causing their lightsabers to dim. Obi-Wan suggests that perhaps the presence of the Sith could be the cause of the lightsaber’s problems. Qui-Gon rejects this idea, stating that the Sith are extinct.

Obviously, now fans of “Star Wars” understand that the presence of the Sith does not affect the Jedi lightsaber. But then Qui-Gon and Obi-Wan had never encountered a Sith before. In fact, no Jedi has faced the Sith for generations. So their experience and knowledge of the Dark Side of the Force was extremely limited and insufficient. In fact, it was so little that Obi-Wan really believed that the mere presence of the Sith could affect his lightsaber.

This whole discussion shows how and why the Sith were able to return. Generations ago, when Sith and Jedi regularly fought, Jedi had to know all the subtleties of Sith behavior and abilities. But by the time of Obi-Wan, this knowledge had been lost to time. Jedi like Obi-Wan and Qui-Gon have completely forgotten what Sith are and what they are capable of. They calmed down due to the fact that their enemy did not pose an active threat, and began to see them as ghosts, not real opponents.

It was this complacency that allowed the Sith to gain strength and eventually overthrow the Galactic Republic. Fearing that his lightsaber was clouded by the Sith, Obi-Wan demonstrated how unprepared the Jedi were for their return, no longer passing on any tactical knowledge about their worst enemies to the next generation.

Meghan Markle to Donate 500 of Her Favorite Bags to The...