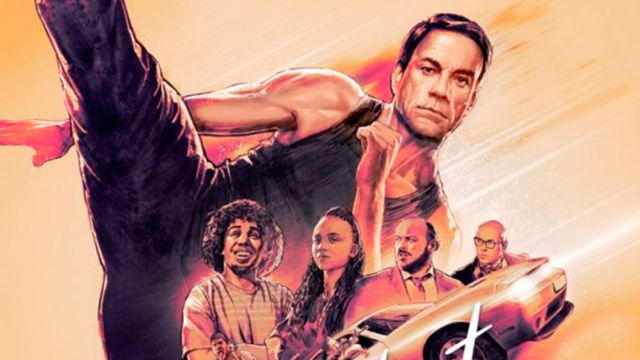 Jean-Claude Van Damme: Martial Arts Superstar’s New Movie Debuts This Summer on Netflix; first poster and trailer. Jean-Claude Van Damme, the martial arts film superstar since the 80s, has presented his new movie The Last Mercenary, an action comedy exclusively for Netflix that will be released on July 30. Thus, and thanks to the trailer that you can see heading the news, it is now possible to learn more about this new French-produced feature film halfway between action and comedy.

Thus, and thanks to its first trailer, we can take a first look at a film that promises action in abundance and a lot of humor: “Kicks, punches, cartwheels and dances”, while numerous combat scenes, chases and pirouettes take place. The plot introduces us to a former secret agent who is forced to return to France to help his son, who has been falsely accused of arms and drug trafficking by a dangerous international terrorist organization.

David Charon (Incompatibles) directs a film written by himself with Ismael Sy Savane, with a cast led by the famous Belgian actor Jean-Claude Van Damme along with other names such as Eric Judor, Miou-Miou, Alban Ivanov, Assa Sylla, Samir Decazza and Michel Crémadès.

“I wanted to go back to the great tradition of action movies of the 80s and 90s, those cult movies that we all love and where the heroes were out of the ordinary, the stunts were more impressive and true than life itself, and all punctuated with a touch of humor ”, has assured its director. For his part, Van Damme claims to have been inspired by the action and intrigue comedies of the 1960s and 1980s. The Last Mercenary premieres exclusively on Netflix on July 30.